Mila Kunis gave a glimpse of her taut tummy on Tuesday while out and about in Los Angeles.

The 35-year-old actress donned a blue and white cropped T-shirt along with distressed skinny jeans during a solo lunch outing in the Studio City area.

She completed her casual outfit with a loose black vest and white sneakers. 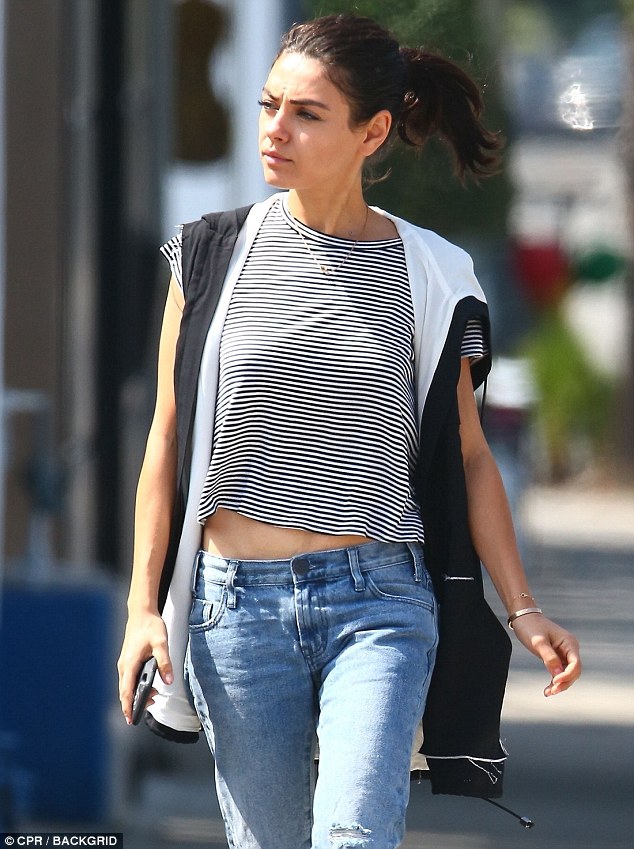 Mila had her dark hair up in a high ponytail and accessorized with a necklace and bracelets.

The actress and her actor husband Ashton Kutcher, 40, were spotted on Sunday at the Beyonce and Jay Z OTR II concert in Pasadena, California.

Ashton and Mila have been married since 2015 and have a son Dimitri who turns age two in November and a three-year-old daughter Wyatt.

Mila was last seen on the big screen in the comedy The Spy Who Dumped Me co-starring Kate McKinnon, 34.

Ashton left That '70s Show after the seventh season but returned for the season finale.

Mila has been voicing the character of Meg Griffin on Family Guy since 1999.

She received widespread critical acclaim for her work in the 2010 psychological horror film Black Swan.