Natalie Portman has revealed her very awkward experience after attending an Australian Rules football game in November at the Melbourne Football Club.

Speaking on The Ellen DeGeneres Show on Wednesday, Natalie described the moment she was confronted by fans who thought she was a supporter of the club's team, the Melbourne Demons.

The Oscar winner had attended the club to watch a practice match with her son Aleph, seven, and even donned an honorary jersey of the Melbourne Demons team. 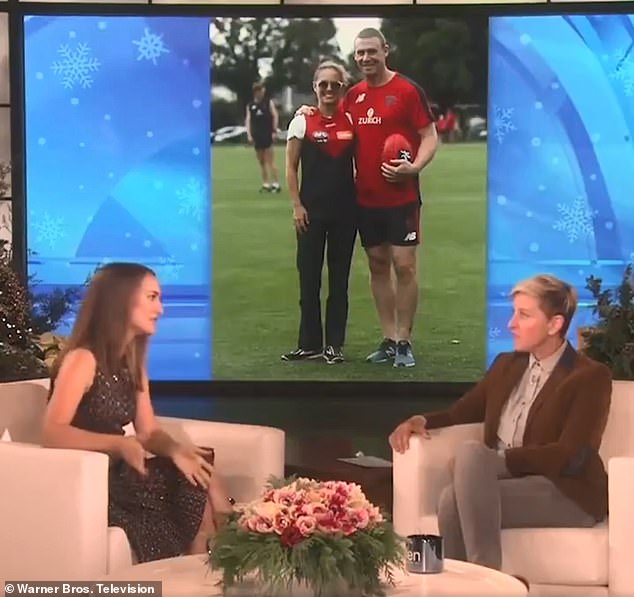 These people] showed up with a jersey for me. And all of a sudden the people on the streets of Melbourne were like 'we hate you' you support the Demons or whatever,' she told Ellen.

'And other people were like cool we love you, a Demons fans,' Natalie explained.

Earlier in the interview, the brunette told Ellen that it was Aleph who wanted to attend the 'crazy' match, which she playfully described as the 'platypus' of sports.

'You can bounce the ball. But you can kick it. But you tackle each other and there's no padding,' The Black Swan actress said.

Natalie, went on to ask Ellen if she was familiar with the game - given her wife Portia de Rossi, 45, is from Melbourne, Australia.

I know that Portia's brother isn't impressed with our football, because that football is so much harder to play. It's a more difficult game.

Late last month, Natalie dropped in to surprise the Melbourne Football Club, surprising Demons players and a handful of fans.

At the time, Natalie was spotted happily chatting with the team, including coach Simon Goodwin, 41, who she posed for photos with.

In November, the Israeli-born superstar was holidaying with her family in Australia, including her husband Benjamin Millepied, 41, and her two children. 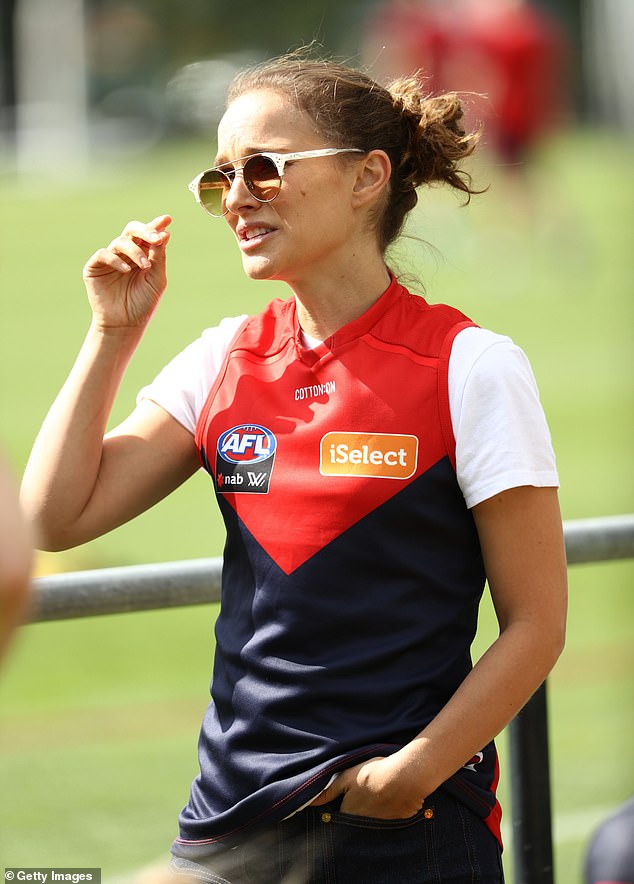 During her visit, she attended the National Gallery of Victoria's prestigious annual gala, where she was special guest.

The actress also spent time in the tourist Mecca of Byron Bay - on the far north coast of New South Wales.

It's not Natalie's first time to the country - the actress spent a substantial amount of time in Australia while filming the Star Wars franchise in the late 90's and early 2000's.

'I loved being in Sydney for the second and third Star Wars movies. Americans and Australians have a looseness and love of laughter in common,' she told the Herald Sun's Sunday Style in 2015.