The first big event I went to with Manson was a little thing in 1998 called the MTV Video Music Awards.

At that time, everyone tuned in to see what people were wearing and what the incredible moment would be, as well as what the acts were going to be doing onstage, who was going to say what, and what crazy music-world stuff might happen.

It was a really special time. Courtney Love and Hole were huge. Manson was the most controversial star in the world. There was some cool art going on in the mainstream. 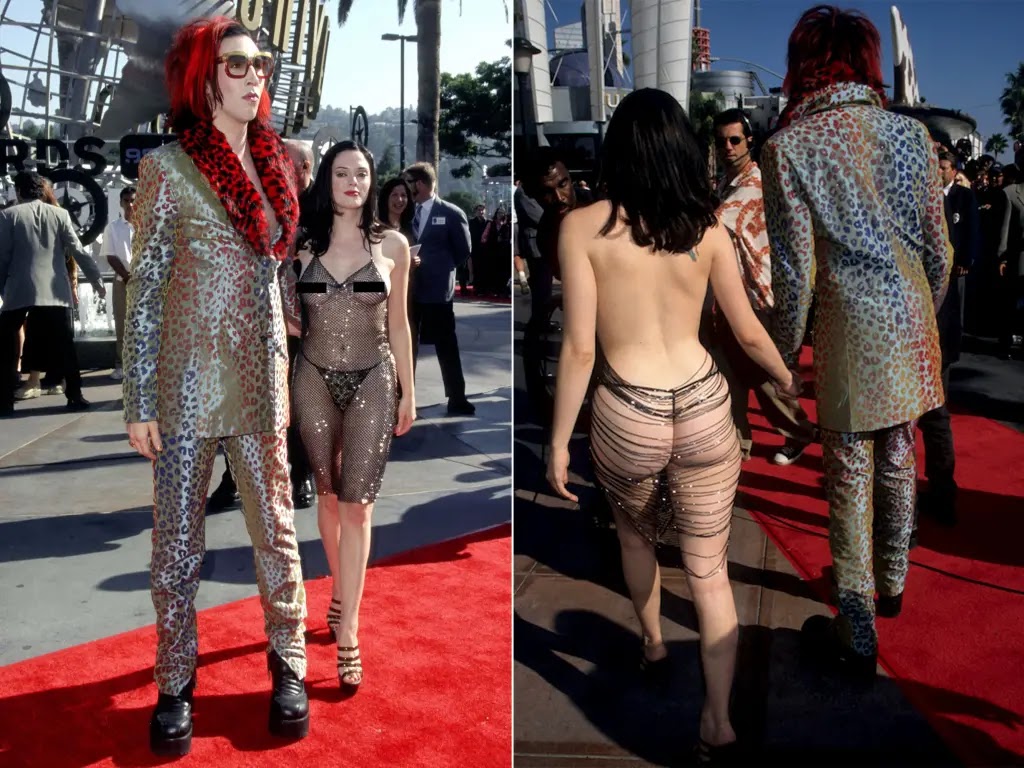 Thinking about my own red-carpet moment, I figured, Manson’s going to be really flamboyant for these awards. What the hell do I wear?

Wearing the “naked dress”, as I call it, was a big middle finger to pretty much everybody.

The infamous dress was sent to me the night before the event. On the day of the MTV Awards I had a 101-degree fever and was taking sinus medicine that made me loopy. On the way there, I had to be on my knees in the limo because otherwise, the beading from the dress would have imprinted a waffle print on my backside, which would be more or less entirely exposed to the cameras.

My heart was racing as we stepped out of the limo. I raised my arm up high and silently said, “Yes, bitches, I’m here.”

I changed right when I got off the red carpet into a different outfit, one that covered more.

The dress raised hell, which, I guess, was my intention of sorts, but what I didn’t anticipate was the global slut-shaming that came afterward.

I didn’t realize how seriously everyone would take it. Do these people not understand rebellion and humor?

My dress was punk as f**k. This is what it’s about. It was, of course, misinterpreted and sexualized, which was the exact opposite point I was trying to make.

That’s the thing that other women who have copied me have gotten wrong through the years; when they copy the dress, they do it to be sexy and turn society on. I didn’t do it to be sexy.

I did it with power, not to titillate or turn on the boys and men of the world.

I did it as a big middle finger, and there’s the difference. I think that’s why it became such an iconic thing. Every year, every time there’s an awards show, that picture of me pops back up.

It was my first time having a big scandal, so to speak, a global one, anyway. I say first time because I’ve done it several times since, but that one is the most physically memorable to people.

For years, I was the actress who wore the dress. Regardless, it took some serious bravery to do that. I was scared, but I just did it anyway. Punk as f**k.