Sandra Bullock asked to be fired from a movie after being subjected to unwanted advances.

The Ocean's Eight actresses learned a 'lesson' early in her career after finding herself in a 'situation' that left her feeling uncomfortable and now she'll no longer do anything that could be seen as 'sexual' in her work.

'Very early on in my career, I had a situation on a film, which was hard. It came from a person of authority. I kept deflecting it with humor and it didn't work. Finally, I said, "Please, just fire me,"' the 53-year-old star told Sunday Times magazine. 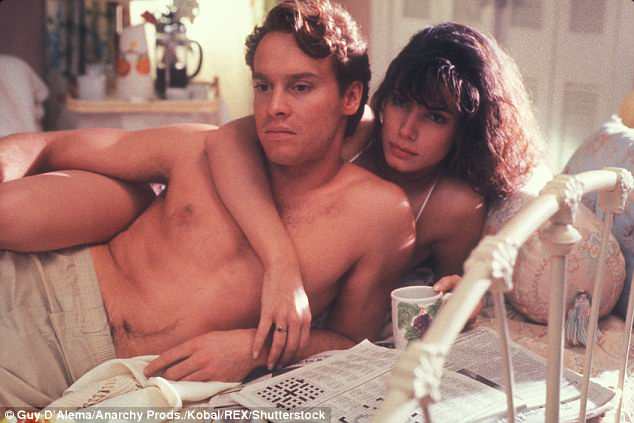 Though she did not name the film, one of Bullock's early movies was 1987's Hangmen with Rick Washburn, Dog Thomas, and Keith Bogart.

She then made the TV movie Bionic Showdown: The Six Million Dollar Man And The Bionic Woman in 1989 with Lee Majors.

In 1990 she was cast in the TV series Working Girl in the role Melanie Griffith had in the movie.

And then she starred in the 1992 film Love Potion No 9. The director was Dale Launer.

In 1993 she worked with Sylvester Stallone on the action movie Demolition Man.

The brunette beauty's career took off with 1994's Speed with Keanu Reeves.

The Oscar winner added she always tries to navigate tough situations with humor, such as an uncomfortable interview with disgraced Today show host Matt Lauer, who spent four minutes of a 2009 sit-down with her questioning her about a single nude scene in a film.

The Miss Congeniality actress confirmed her awkward encounter wasn't with scandal-hit movie mogul Harvey Weinstein but admitted she was always 'afraid' of him because of his reputation.

She said: 'I heard about Harvey and I was afraid of him. I wasn't asked to be in that world. I learned early on to shut things off so those things didn't come my way.

'I only heard what Harvey wanted people to hear, and that made me so f***ing angry. People would say, "Well, you know how she got that role? She f***ed Harvey." I would say, "Shut the f*** up. You don't know that."

'Then, later, to find out that woman was brutally attacked ... They didn't sleep with Harvey. Harvey wanted you to think that.'

Though Sandra - who has adopted children Louis, eight, and six-year-old Laila and is in a relationship with photographer Bryan Randall - was impressed by the first wave of 'brave people to come out and publicly accuse Weinstein of sexual misconduct last year, she was initially 'really, really scared that they would be vilified for it