The actress turned heads in a burgundy and pink floor-length number from the clothing label Marchesa, which was co-founded by Harvey’s former spouse and her colleague Keren Craig in 2004.

Scarlett insists it was “a pleasure” to wear the dress and said the label’s ensembles “make women feel confident”, despite the controversy surrounding her clothing choice.

She told People: “I wore Marchesa because their clothes make women feel confident and beautiful and it is my pleasure to support a brand created by two incredibly talented and important female designers.” 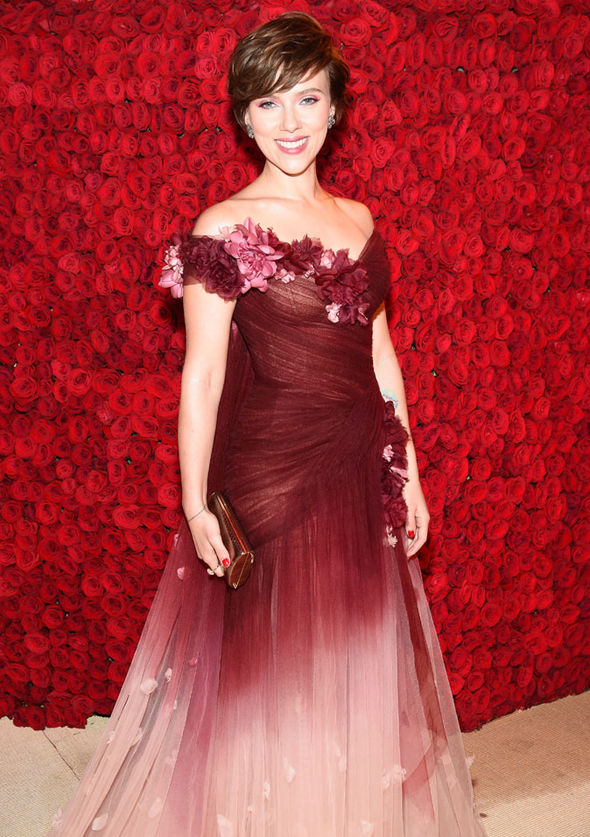 The brand’s pieces were frequently responsible for dressing a host of red-carpet stars, but Scarlett’s appearance at the Met Gala was the first time it had been worn to a high-profile event.

Twitter users were quick to hit out at Scarlett’s choice of clothing, following news that Harvey Weinstein was accused by more than 80 women of sexual misconduct spanning several decades last year, claims he has denied.

A third penned: “She’s really not the person I would have thought would break the Marchesa strike. Seems very off-message for her.”

Marchesa said they were “truly honored” to see their dress on the Hollywood star in a statement published by People.

“We are truly honored that Scarlett chose to wear Marchesa for the Met Gala," the label told the publication.

“She is an amazingly talented actor who has incredible style and presence.

“It was wonderful to work so closely with her in creating this custom look.”

According to E!, Marchesa pulled the plug on New York Fashion Week in February.

At the time, the New York Post reported that Marchesa would be putting out a digital presentation instead of a runway show.

The news site also stated that Georgina, who has two children with Harvey, “couldn't go through" with the planned show because "she was too scared”.

Georgina released a statement last year confirming she had separated from Harvey in the wake of the accusations.

She said: “My heart breaks for all the women who have suffered tremendous pain because of these unforgivable actions, I have chosen to leave my husband."

She continued: "Caring for my young children is my first priority and I ask the media for privacy at this time."