Following on from the Me Too Movement and with the recent rise in support for the Black Lives Matter Movement, people are becoming increasingly more confident in calling out problematic behaviour when they see it.

As such, an old Megan Fox interview with Jimmy Kimmel has been doing the rounds on social media this week.

The clip, taken from 2009 was shared to highlight how young girls aren't always treated the way they should be. 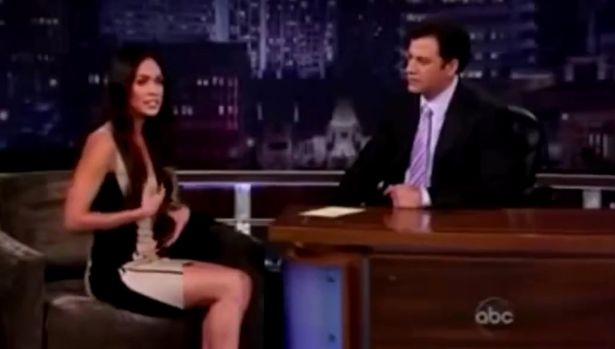 A woman named Liz posted the video on Twitter where it went viral, garnering thousands of likes and retweets.

Alongside it, Liz wrote: "Clip from 2009 where Megan Fox tells a story about Michael Bay sexualising her as a 15-year-old.

"The crowd laughs, and Kimmel makes gross jokes. Teen girls being preyed on by older men has never been taken seriously and still isn’t."

In the clip, Megan recalls the time she was an extra in Bad Boys II at the age of 15.

She says: "I had just turned 15 and I was an extra in Bad Boys II. They were shooting this club scene and they brought me in.

"I was wearing this stars and stripes bikini and a red cowboy hat and like six-inch heels and he [Michael Bay] approved it and they said, 'You know Michael, she's 15 so you can't sit her at the bar and she can't have a drink in her hand'.

"So his solution to that problem was to then have me dancing underneath a waterfall getting soaking wet. At 15. I was in tenth grade.

"That's sort of a microcosm of how Bay's mind works."

Kimmel chimes in at this point, adding: "That's really a microcosm of how all our minds work, but some of us have the decency to repress those thoughts and pretend that they don't exist."

More than six million people have viewed the video so far and many shared their thoughts, branding it "disgusting" and admitting it was "uncomfortable" to watch.

One person replied: "I think Fox’s reaction shows a lot. She’s so clearly visibly upset by Kimmel’s reaction but can’t say anything to his awful joke. This is terrible to watch, it’s a kind of abuse in real time. Even a high star celebrity is not immune."

Another tweeted: "When she brushes her hands down her legs, trying to protect herself, to hide, poor girl was so uncomfortable."

She posted: "Please hear me when I thank you for your support. But these specific injustices were inconsequential in a long and arduous journey along which I have endured some genuinely harrowing experiences in a ruthlessly misogynistic industry.

"There are many names that deserve to be going viral in cancel culture right now, but they are safely stored in the fragmented recesses of my heart.

"But when it comes to my direct experiences with Michael, I was never assaulted or preyed upon in what I felt was a sexual manner.