The Hollywood mogul was "furious" after she resisted his sexual advances, she details in a series of Twitter posts.

The British actress joins a list of over 40 women who have accused the producer of misconduct.

Also on Tuesday, Weinstein resigned from the board of directors of his eponymous film production company. 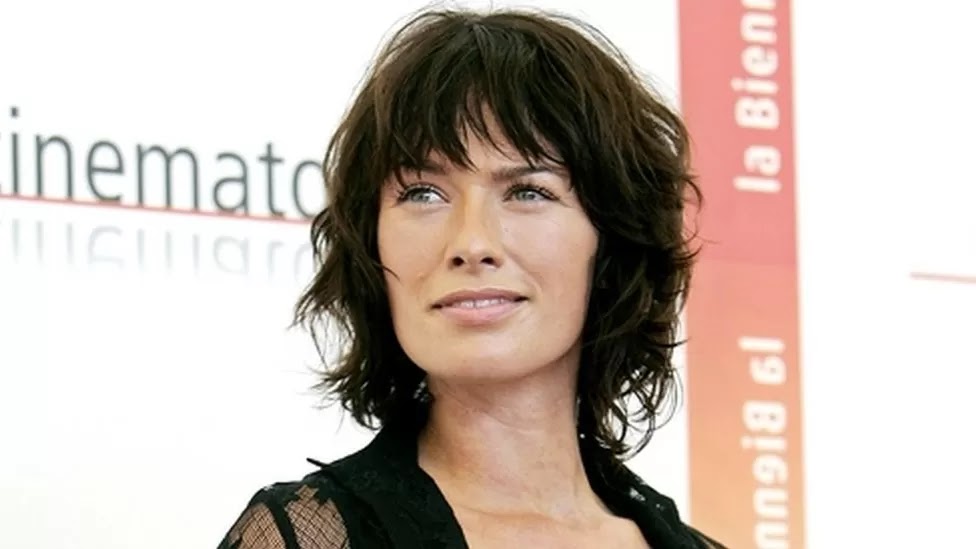 He has been accused of rape, sexual assault, and harassment, but has "unequivocally denied" any allegations of non-consensual relationships.

Despite being fired as chairman of The Weinstein Company studio on 8 October he had continued until Tuesday to hold a position on the company's board.

Weinstein, who has been expelled from the Academy of Motion Picture Arts and Sciences that presents the Oscar awards, still owns 22% of his company's stock, according to Variety magazine.

Amid the fallout over the Weinstein accusations, Roy Price, the head of Amazon Studios, also resigned on Tuesday over allegations of sexual harassment, according to US media.

Mr. Price took a "leave of absence" last Thursday after Isa Hackett, a producer on the Amazon series The Man in the High Castle, told the Hollywood Reporter he allegedly sexually harassed her in 2015.

In her Twitter posts, Headey described sharing a lift with Weinstein after he had invited her to his room to show her a script.

"The lift was going up and I said to Harvey, 'I'm not interested in anything other than work, please don't think I got in here with you for any other reason, nothing is going to happen,'" she recalled.

"I don't know what possessed me to speak out at that moment, only that I had such a strong sense of don't come near me.

"He was silent after I spoke, furious.

"He walked me back to the lift by grabbing and holding tightly to the back of my arm," she said, adding that she felt "completely powerless".

After he allegedly "whispered" that she should not tell anyone about the encounter, she writes: "I got into my car and cried."

Headey's story comes as other Hollywood actresses shared their stories of sexual harassment and impropriety in show business.

On Monday, Oscar-winning actress Reese Witherspoon said she had been harassed by an unnamed film director when she was 16 years old, during a speech to the Elle Women in Hollywood event.

Jennifer Lawrence, who has won a Best Actress Oscar, spoke at the same event and described a casting call where she was made to stand nude in front of producers who criticised her weight.

"After that degrading and humiliating line-up, the female producer told me I should use the naked photos of myself as inspiration for my diet," the star of Silver Linings Playbook and American Hustle told the Los Angeles audience.

'I kept my mouth shut'

He said others chose to ignore what was going on because they were enjoying themselves and because women were told it would ruin their careers if they said anything.

At the end of the piece, Rosenberg apologised for not doing anything.

"I reaped the rewards and I kept my mouth shut," he said. "And for that, once again, I am sorry."

Beautiful Girls actress Lauren Holly has also come forward, sharing her story of harassment, describing an encounter she had with Weinstein.

The pair arranged a meeting in a hotel, which she didn't find "abnormal at all" because she had routinely met producers, writers and directors in their suites.

She described the early stages of the meeting as normal, but said things turned sour when Weinstein walked into the hotel suite "wearing a hotel bathrobe".

'I pushed him and ran'

"He said, 'OK, let's get to it, this is what we've got going on at my company, these are the scripts we have in the pipeline, this is what I think might be right for you,' and he gestured for me to follow him."

Holly recounted that she followed him into the bedroom part of the suite as he continued talking.

Weinstein then showered and, when he emerged, was naked and started to approach her.

Holly said she started to run away, but that Weinstein began to threaten her, saying she needed to "keep him as [her] ally" and that it would be a "bad decision" if she left the room.

At that point, Holly said, she "pushed him and ran".