Hours before the official start of tonight’s mostly-from-home Emmy Awards, the state of the pandemic-era red carpet was a question mark hanging in the air. Leave it to Zendaya, a nominee for lead actress in a drama, to set an early, decadently high bar. “If Emmy was a real girl…” Zendaya’s longtime stylist, Law Roach, playfully wrote on Instagram Sunday afternoon, alongside a behind-the-scenes video of the Euphoria star twirling in a Christopher John Rogers look. Watching her light-footed spin in towering Christian Louboutin heels was enough to make a weary viewer rub their eyes in disbelief as if a collective six months in sweatpants were all a dream.

Zendaya seems to fully grasp what it means to dress triumphantly at this precarious moment—and she already knows well how an awards show can have a years-long reverb. When she wore her hair in locs to the 2015 Oscars—drawing a famously off-color comment from a red-carpet commentator—she responded with preternatural poise. “Sometimes situations are bigger than yourself,” Zendaya, recalling that moment, told Vanity Fair last year, when she nabbed a Lancôme partnership in the lead-up to Euphoria’s debut season. “It was about an entire community of people that I stand for.” 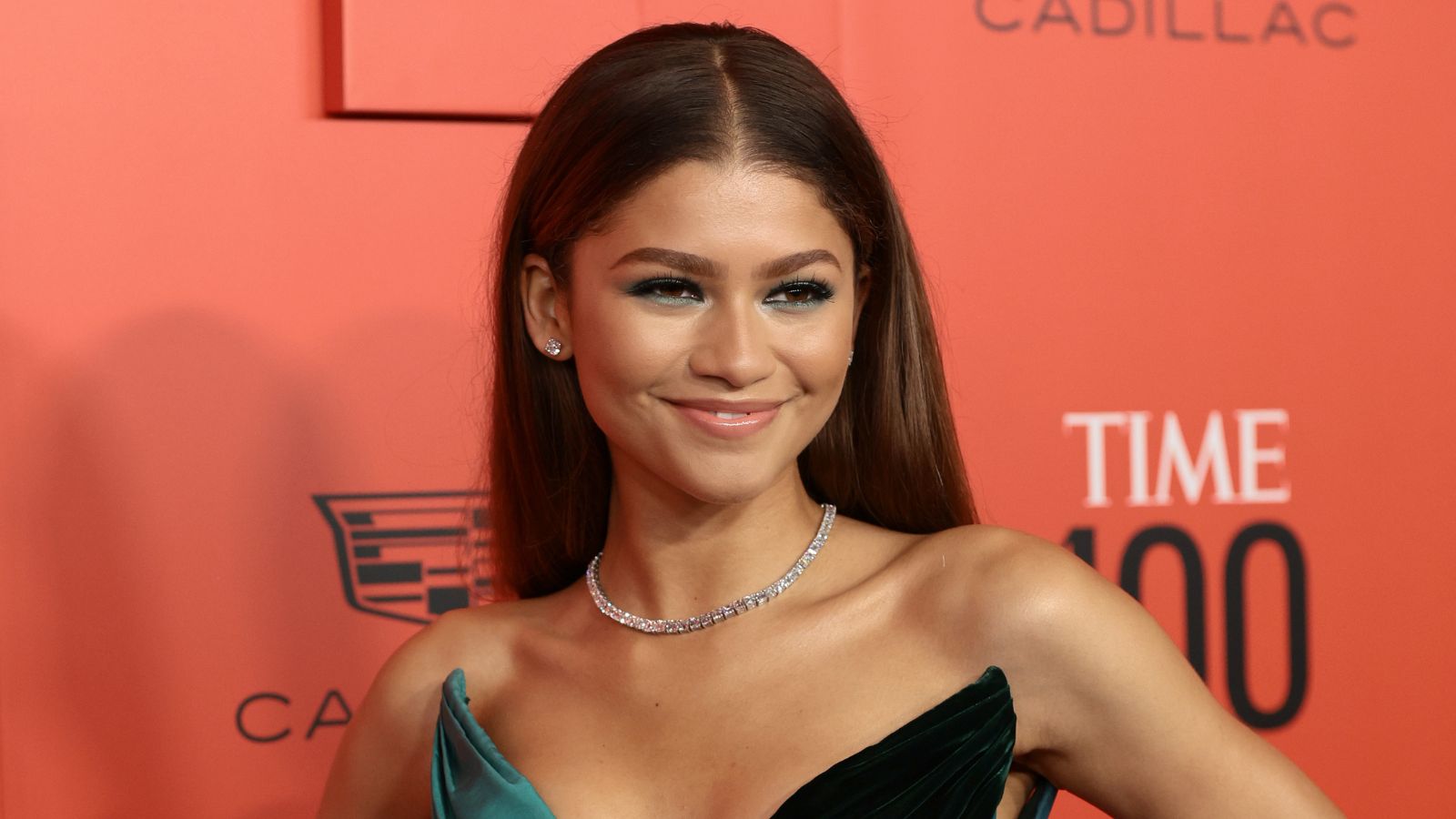 Choosing a dress from Christopher John Rogers’s fall 2020 collection—a celebrated designer whose supporters include Michelle Obama and Rihanna—also communicates solidarity. In a long interview for Vanity Fair’s September issue, conducted by Marjon Carlos, Rogers recalled how, early on, the stylists and artists who “pulled my stuff and actually used it were Black women. Black women understood why I didn’t shy away from color and from showing off the body in some garments, but in other garments completely obscured it in a way where the clothes still read as femme without having to be overly body conscious.” That duality runs through Zendaya’s look. A bare swath of décolletage leads to a tightly cinched waist, offset by an exaggerated skirt that reads like a power move—shoulder pads for the hips. It’s also a duality that Rue, Zendaya’s character in Euphoria, understands as well, as she floats moodily through high school parties in form-swallowing hoodies and glitter eye makeup. (Those beauty looks, overseen by Daniella Davy, earned the show an Emmy last night.)

Such lustrous moves—whether Rogers’s violet moiré alongside Bulgari jewels or Euphoria’s sparkly makeup—are hardly out of touch with a downbeat year. In fact, who couldn’t use a shiny distraction, if only for a moment? Rogers is unabashed in his love for “fabrics that play with light—anything iridescent or metallic or shiny [or] sequined,” shrugging off the idea that they communicate wealth. Instead, he sees a spirit of optimism, of forward motion. As Rogers told Vanity Fair, “It reminds me of why I got into this in the first place, which is to make something to long for, something to really want, and then when you get it, you can’t let go.”