A shocking red carpet moment from 2006 has resurfaced, and on reflection, it encapsulates just how far we’ve come in terms of recognising, dissecting and discussing sexual harassment in the public sphere.

The problematic incident involved Scarlett Johansson, who was 21 at the time, and fashion designer Isaac Mizrahi, then 44, who, while interviewing Scarlett about her red Valentino gown, grabbed her breast. 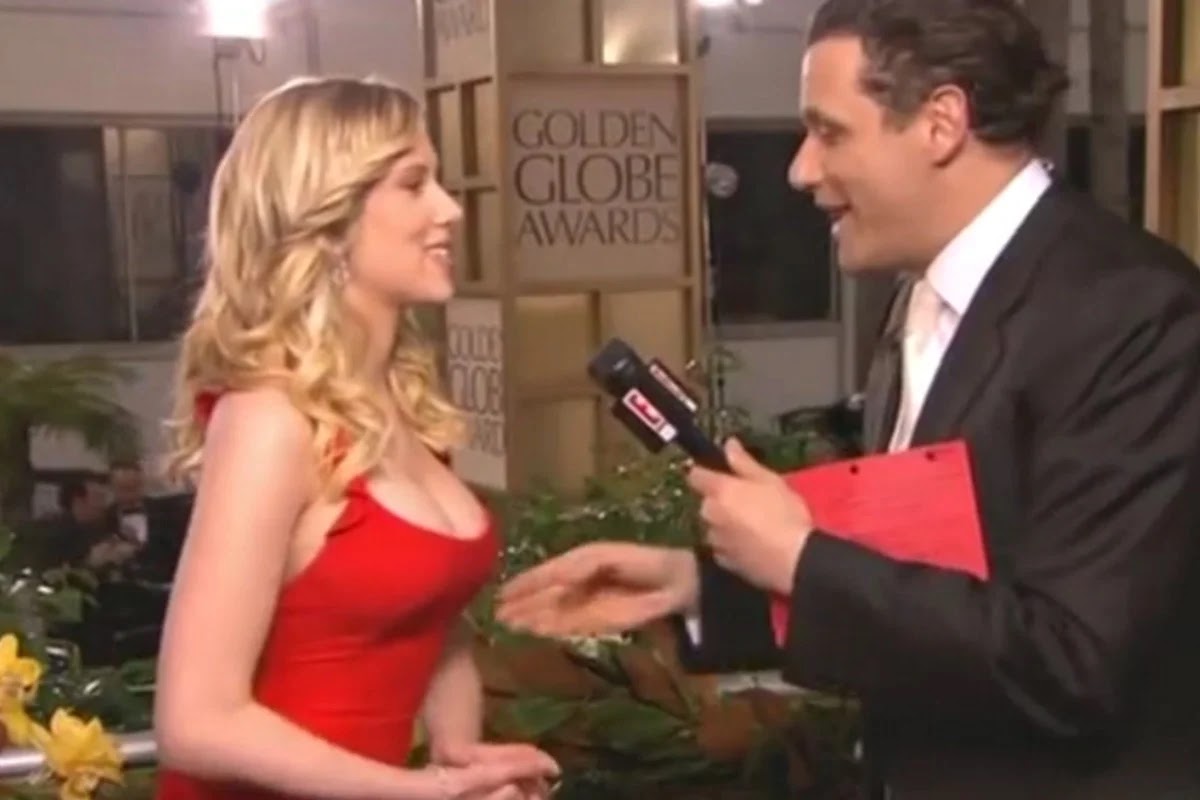 But it’s the justification that occurred at the time that has a lot of people talking in the current MeToo climate; questioning why anyone thought his behaviour was somehow OK – that he could not be condemned for groping her – because of his sexuality.

On the night, E! presenter Ryan Seacrest and his female co-host debriefed on the spectacularly uncomfortable moment, with her claiming he can “get away with it” because he’s gay.

It was clear Mizrahi was attempting to “push the boundaries” the entire night in question. Earlier, he had asked Teri Hatcher, Keira Knightley and other actresses what kind of underwear they were wearing, and asked Eva Longoria if “down there” was “shaved.”

All sickening situations where a man, regardless of his sexuality, was attempting to humiliate and belittle women in a perverted nature. Each of which saw Mizrahi in a position of power, given the circumstance, as an interviewer driving the discussion.

During his interaction with Johansson, Mizrahi wanted to know if she was wearing a bra under her dress. “It’s all built in,” she told him. “That’s the Valentino way.”

To see for himself, he reached in and groped her.

In the aftermath of the event, Scarlett said “it was definitely in poor taste”.

“I’d been prepping for two hours with hair and makeup and getting dressed. And the first interview I do, someone who I have never met before fondles me for his own satisfaction.”

At the time, Scarlett laughed uncomfortably and said “what is going on?” to the camera, but she later revealed what was really going through her head.

“Mostly, I was thinking, ‘Oh, my god. This is happening on live TV.’ I don’t think he got a huge thrill out it. He was making some shocking show or whatever for his channel and wanted to be different and racy and all of those things.

“When it happened, I think I actually said, ‘What the heck is going on?’ At the same time, people made a huge deal out of something that, in the moment, was not as exciting as it seemed afterward.”

When asked about the groping, Mizrahi explained that he was just a designer trying to figure out how her dress was made, an explanation Scarlett referred to in the same interview.

“I’m sure he was very fascinated by that. Like he doesn’t know how a dress works,” she said.

Mizrahi later said, “If anyone was offended, I’m sorry.”

The Academy of Motion Picture Arts and Sciences, the board of which disgraced Hollywood producer Harvey Weinstein was a member of, referenced the Oscars in a very pointed statement.

“I can predict we would be extraordinarily angry if that happened on our carpet,” said spokesman John Pavlik. “I cannot predict what we would do afterward.”

The question remains: had MeToo started more than a decade early, would the dialogue, and perhaps the repercussions, surrounding the incident have been any different?