Alexandra Daddario has been on the rise in Hollywood since her Emmy-nominated performance in season 1 of 'The White Lotus', but before playing Rachel Patton, she was known as Martin Hart's mistress on 'True Detective', where she stars in several nude scenes.

In season 1 of 'True Detective', Daddario had a role as Lisa Tragnetti. In the second episode, Woody Harrelson's character came to Lisa's house and gave her a pair of handcuffs, which she proceeded to use on him as she took off her clothes and read him his rights. 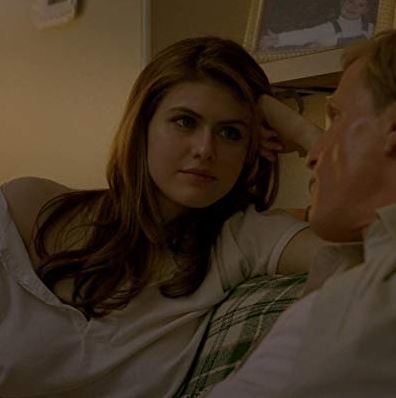 "I have a lot of thoughts on this, but, for example, when 'True Detective' came out and I was appearing nude on the show, it was huge for my career and the phone was ringing and I got work, I don't think I had been as aware of my sex appeal before that," she revealed as she revisited that 2014 scene in Men's Journal.

"I tried not to take it too seriously. I really love acting, in my heart I'm just a theater nerd, and I said, 'This is good for my career,' and I embraced it."

Alexandra Daddario acknowledged that the 'True Detective' role caught the attention of many directors and screenwriters, and said she relied on her sex appeal for that purpose.

It was something that was seen again in 'The White Lotus' when Rachel showed off her naked body in front of Olivia and Paula, who were flirting with her husband.

"I really love what I do. I have a lot of fun dressing up and playing roles, and even on red carpets, I'm playing a role," she said.

"And it's great, it's fun, but I think it can be negative, part of the attention, so I try to ignore some of the more negative aspects."