Brad Pitt and Jennifer Aniston's separation and his subsequent relationship with Angelina Jolie, has been a topic of widespread media attention and public interest. The events surrounding their separation and the subsequent developments in their individual lives have been widely reported on and discussed, making it one of the most high-profile and widely discussed Hollywood love triangles of all time.

Dakota Johnson, who was also present, was caught on camera glancing at Angelina Jolie to gauge her reaction to Jennifer Aniston. While it's possible that the two women might still have some awkwardness between them, it's important to note that the footage doesn't provide any conclusive evidence and should be interpreted with caution. 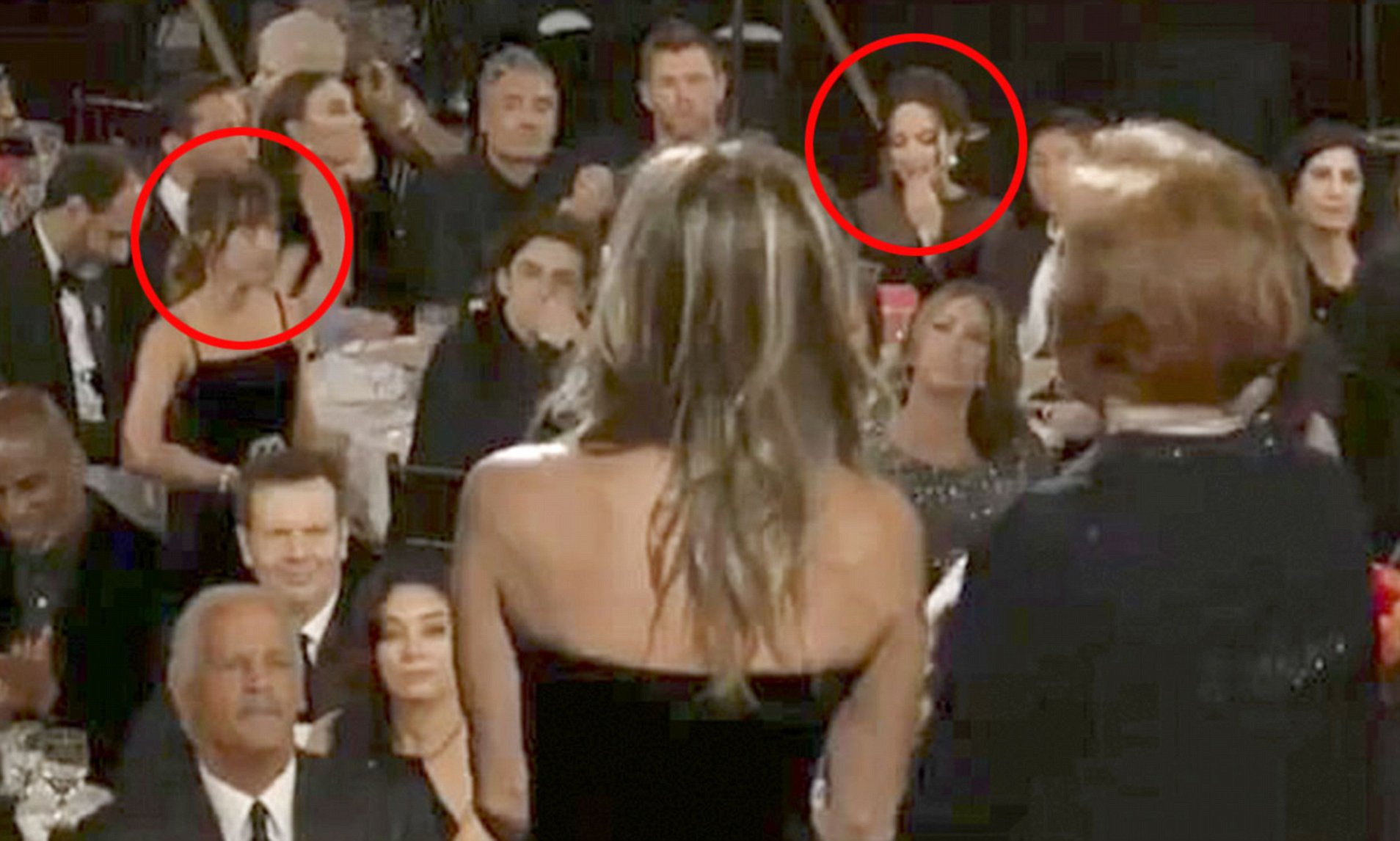 Despite managing to dodge each other for the rest of the show, they both wound up at the same Netflix afterparty.

This was the first time that Angelina and Jennifer were spotted in the same room together, since the Critics’ Choice Awards in 2015 - ten years after Brad reportedly ended things with Jennifer, and moved on to his Mr and Mrs Smith co-star.

Brangelina tied the knot in 2014 and have six children together. Following their split in 2016, Angelina explained in a Vanity fair interview how she and her kids dealt with the split saying: “I think it’s very important to cry in the shower and not in front of them.

“They need to know that everything’s going to be all right even when you’re not sure it is.”

Fingers crossed Angelina and Jen won’t have to see each other for a little while… or at least until the next Golden Globes, anyway.