The voluptuous star's ample assets were impossible to miss as she posed up a storm for Harper's Bazaar UK.

Wearing her curly tresses in a loose up 'do, the 35-year-old oozed sexiness as she flaunted her cleavage in next to nothing. 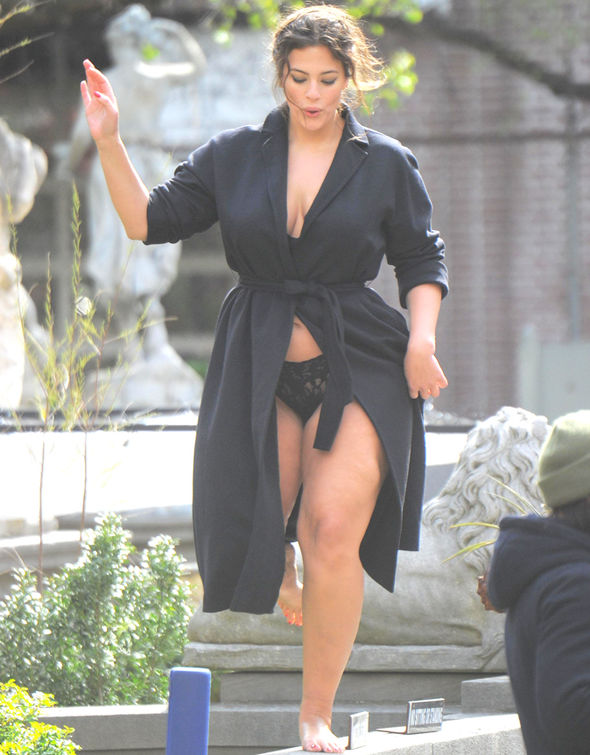 Despite being wrapped up in a black robe, Ashley's lace knickers were clearly on display as she strutted along a wall in Central Park.

The model's bust almost spilled out of her bra as her jacket came loose, meaning her pins were also on full display.

At one point Ashley looked close to falling over in her scantily-clad outfit, however she managed to regain her composure and continue.

During her racy outing, the star was seen in an array of frocks including a black slip dress and matching stilettos.

The silk number, complete with front split, came dangerously close to revealing a little too much as she reclined and had her hair attended to.

Ashley was later pictured in a smart, little black dress, which she oddly teamed with white slippers and a patterned blanket.

Her outing comes just days after she was filmed caressing her body as she emerged from a swimming pool.

Dressed in a metallic bikini, Ashley sparked a meltdown on Instagram as she slowed the eye-popping video down for her 3.9 million followers.