Elizabeth Olsen needs to catch up on her Marvel movies before this month’s Avengers: Infinity War.

The 29-year-old actress, who plays Scarlett Witch in the hit franchise, admitted during a stop to the Everything Iconic with Danny Pellegrino podcast that she’s seemingly the last person on the plant to see the box office smash Black Panther — despite the fact that her character has spent two movies now fighting alongside Chadwick Boseman‘s now-iconic superhero 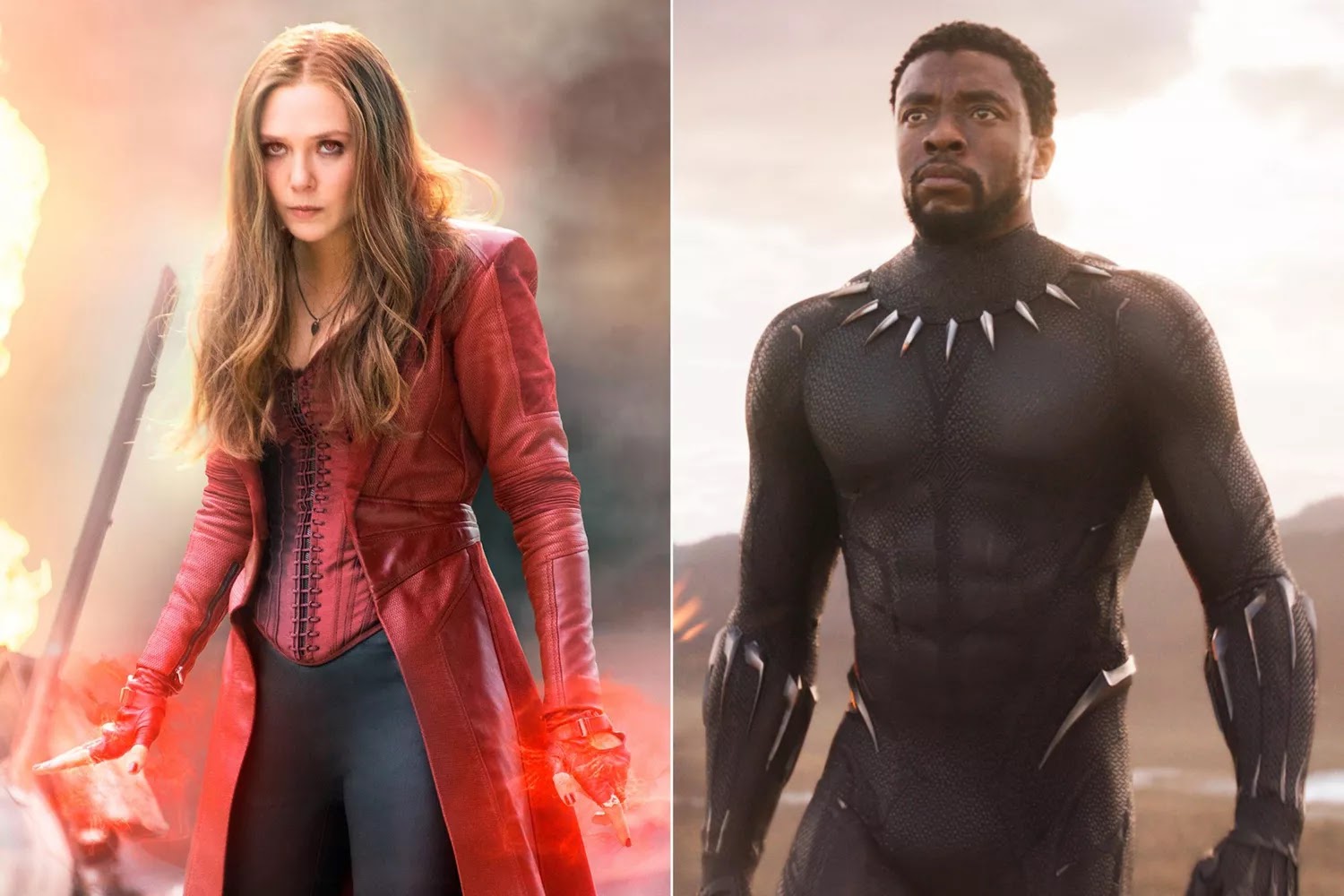 “I see them when they’re not in theaters, which is the only time you should see them — on a big screen, with an audience,” she added of Marvel movies. “It needs to happen… It’s silly. I need to see it. It’s really embarrassing I haven’t seen it. I saw Thor on a DVD at home!”

Olsen also opened up about the possibility of a solo Scarlett Witch movie, telling Pellegrino, “We are at ground zero.”

“It’s definitely not something I’m pushing,” she insisted. “I don’t know if it’s something they’re going to push either. [Avengers costar] Paul Bettany and I joke about having a domestic television show on Netflix or something. It would just be like house event, where Scarlett Witch goes bananas. That’s what we joke about but I don’t think either of those things are happening.”

“I’m happy I’m still around and they still use me,” Olsen added.

If Scarlett Witch does get her own movie, Olsen might want to enlist a few Avengers to cameo. Asked to pick her hottest Avenger, she looked to the actors who play The Hulk and Thor.

“My boyfriend would say Mark Ruffalo and my mom would say Chris Hemsworth,” Olsen said. “So I think I have to go with both.”