Robbie Williams' wife, Ayda Field, has revealed that she is currently recovering from a PRP injection on her hip and has to use crutches to navigate her home.

She has shared footage on her Instagram of her negotiating the stairs in her and Robbie's £4.9 million mansion in LA, showing her determination to push through her injury and not let it hold her back. Ayda, who is 43 and a former X Factor judge and model, has used the hashtag #mindovermatter to express her positive attitude towards her recovery. 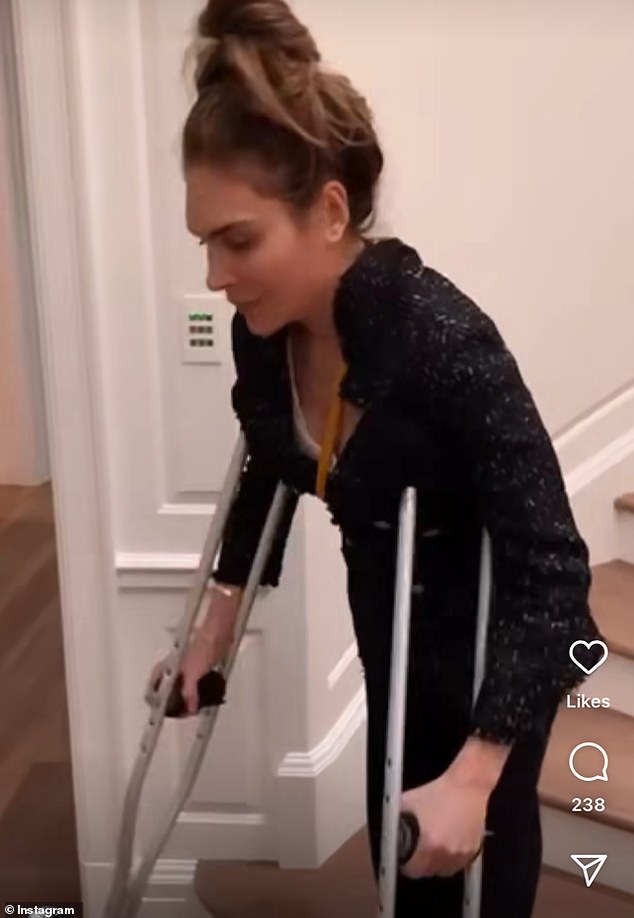 She's trying to see the funny side of her predicament and has even added the Benny Hill show theme Yakety Sax to her instagram video to make light of her situation. She's confident that she will be off the crutches soon.

The treatment is believed to cost £1,000 privately.

It comes after Ayda said working mothers are not treated fairly - and claimed husband Robbie Williams is never asked if he feels 'guilty' about leaving their children for work.

Speaking on her Postcards From the Edge podcast, she said: 'It's interesting, it's the same voice that goes in my head – you used the word 'selfish', that mummy has to be 'selfish' to do her work.

'It's interesting, like I see Rob going off to do his work, and I don't think he ever thinks of it as being selfish.