Since having her daughter Chelsee Healey is the smallest she's ever been, dropping two stone to a size 6.

The petite actress, who is best known for her role as Janeece on Waterloo Road , has explained how she;s learned to appreciate her body after giving birth to Coco, but was grateful that she was able to "snap back" into shape. 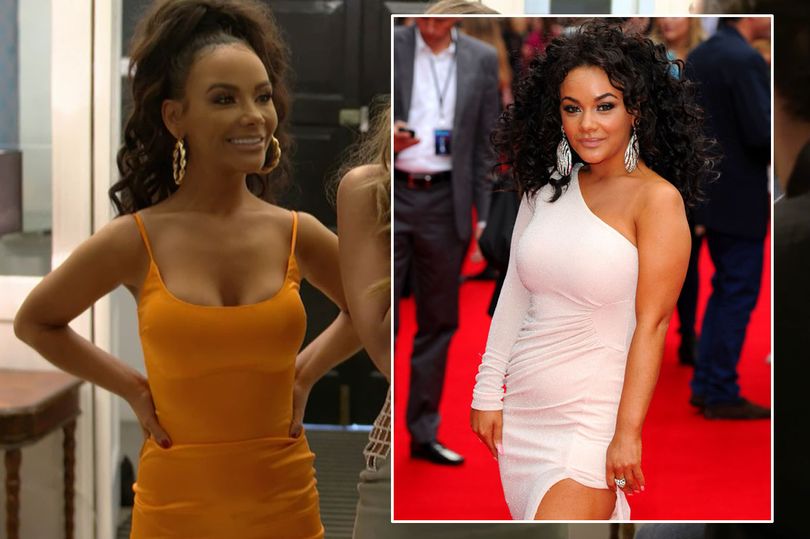 Many will be familiar with her love for fake tan following her star turn on Strictly Come Dancing but the 30-year-old actress has previously admitted that she has altered her appearance with surgery.

Chelsee has had two boob jobs and after giving birth and confessed last year that she was thinking about having another as well as a bum lift.

The actress, who faced backlash for being rude towards her first date on Celebs Go Dating, told Closer magazine last year about her changing body shape.

"I still don't like my boobs, so I'll have a second reduction to go down to a B or C-cup. My bum's a bit saggy, too, so I could do with a bum lift!"

Chelsee added: "Don't get me wrong, I've thought about having surgery - everyone seems to be getting their bums done - but then in years to come, it'll go out of fashion and I'll be stuck with it!"

The mum-of-one was just 18 when she had her first breast augmentation, boosting her C-cup to a DD-cup.

However, her breasts continued to grow after the surgery because her body was still developing and eventually her enormous implants mean her chest ballooned to up to a G.

She was left embarrassed following a wardrobe malfunction on Strictly in 2011 and decided to have them taken out in 2013.

Chelsee told the Mirror at the time: “My breasts were weighing me down, physically and mentally. I was so unhappy.

"They were like two big balloons. I was totally out of proportion and self-conscious which made me a target for bullies.

“I’m embarrassed that I ever had them so big in the first place but I was young and stupid and I just wanted big boobs.

“I thought they were going to make me beautiful but they only made me miserable.

“It has been really tough but now I can see that my idea of perfection looked ridiculous. Now I’ve learned to be my own kind of beautiful and that feels amazing.”

Six months after welcoming daughter Coco in July 2017, Chelsee returned to work on the set of Hollyoaks looking slimmer than ever before.

She credited a healthy diet to her weight loss and said she preferred to work out at home rather than at the gym.

"I'd say I'm the smallest I've ever been in my life but the most happiest and content I guess I've ever been, not because I've lost the weight but just appreciating myself and my body much more realising how amazing a woman's body is," she explained last year.

The actress who is currently starring on the latest series of Celebs Go Dating, is raising her daughter single-handedly following her split from ex-boyfriend and Coco's father Jack Molloy.

She told the E4 dating agents about her difficult romance: "We fell out of love it was hard I kept going back just because of my daughter.

"I feel bad for her out of everything I didn't want her coming from a broken home."