SOB! It was John Michie's leaving party from Coronation Street last night, and all the cast went out to celebrate. We say celebrate - they were all wearing black, so they could have been in mourning for his leaving do.

And Kym Marsh (we can't get used to calling her Kym Lomas , even though that's her actual married name) forgot her bra ... and then accidentally flashed her boobs to the waiting photographers. 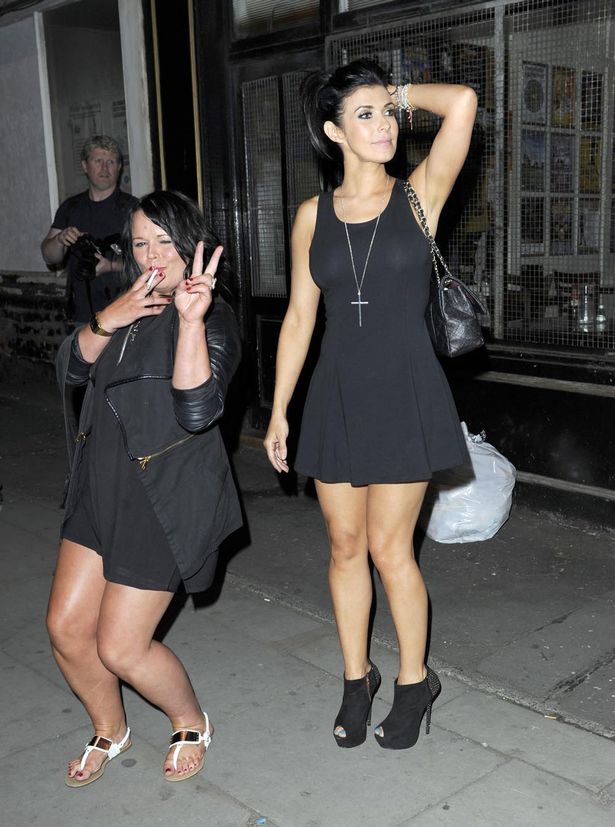 The actress, who plays barmaid Michelle Connor, looked amazing in a little black dress and open-toed boots, and by the looks of it, had a good Friday night out.

She was pictured downing champagne, carrying a massive plate of food, getting photobombed by a classy fan and saying goodbye to John, who plays Sunita-killer Karl Munro in the soap.

And, like a real gentleman, Kym's co-star Simon Gregson (who obviously didn't get the all-black dress code memo) held her hand to steady her over some cobbles. Not the famous cobbles, but some risky ones all the same.

Kym was joined by co-stars Alison King and Georgia May Foote at the White Lion pub in Manchester - Alison wearing a lovely comfy looking onesie.

John leaves the soap later this year to join Holby City - his character in Corrie recently had an affair with Sunita then er, killed her. Bad boy is an understatement, really ...

Kym hasn't commented on her wardrobe malfunction on Twitter yet - we hope we're not the ones to break it to her that her dress is see-through.