It seems Elizabeth Olsen is growing up very fast indeed. 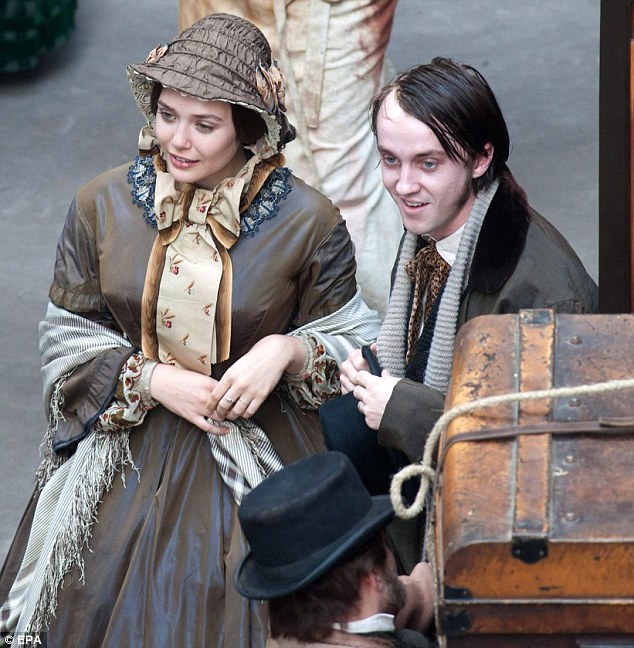 The younger sister of twins Mary-Kate and Ashley was in full period dress for the bodice ripper, which is set in the 1860s.

English actor Tom Felton, who is best known as Harry Potter villain Draco Malfoy, was by her side for the early shoot scenes.

Elizabeth is starring as the movies titular character Therese Raquin, who is married off and trapped in a loveless union with her sickly cousin Camille, who is played by Felton.

As a beautiful but sexually repressed young woman, her character cannot bear to remain innocent for long, and begins a torrid affair with her husband's best friend Laurent.

The good news for Elizabeth is that the latter is being played by Drive hunk Oscar Isaac.

The film's climax follows the disastrous results of Therese's ill-fated dalliance with Laurent.

Elizabeth looked like she was having a fine time in the glorious European city, and at one point was seen indulging in a deep discussion with the film's director Charlie Stratton.

Some of the film's themes will include the subjects of imprisonment and punishment, temperament and the human animal.