“Ms. Green was at all times ready to perform her contract, and she remained willing and able to proceed in reliance thereon,” the firm claimed.

Archerfield & Partners described Green as “an actor with an unblemished professional reputation,” adding that in a career spanning over 20 years, she “has never once been in breach of her contractual obligations.” It concluded that Green “is confident that she will be entirely vindicated in these proceedings and that the court will establish the true facts.” 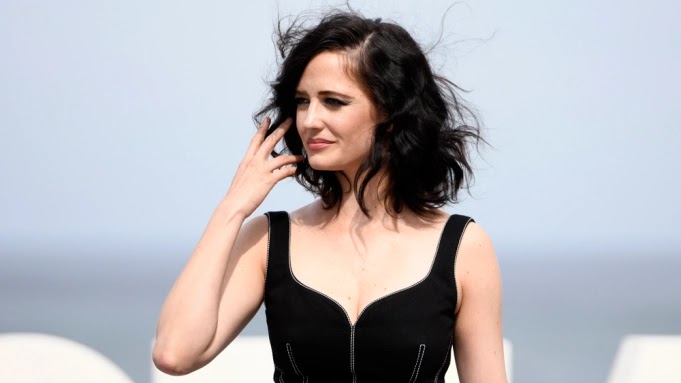 In May 2019, a deal was announced for Green, whose recent credits include “Dumbo,” “The Luminaries” and “Proxima,” to play the part of Kate Jones, a captain in the Border Corps of a futuristic authoritarian state. Green was also an executive producer on the project. Dan Pringle was to have directed from his original screenplay.

The film was scheduled to shoot for seven weeks in Dublin, Ireland, starting in August 2019, but was delayed twice. Production was then switched to Black Hangar Studios in England, before it was abandoned in circumstances that are disputed.

In June, Green started legal proceedings against White Lantern. The actor said she had a “pay or play” agreement, entitling her to a £800,000 ($1.04 million) fee even though the project was abandoned. She is also seeking to have the film company pay her legal costs.

In February, Green was told Sherborne Media Finance had taken over White Lantern, and “purported to give notice of termination of the artist agreement.” The company alleged last October that she had breached the agreement, so was not eligible for the fee. Green alleges the company failed to give any information about the reported breach.

In its own suit, lodged with the High Court last week, White Lantern alleged Green demanded that additional crew be hired that would have added up to £250,000 ($326,000) to the budget, although she offered to pay some of this from her own fee.

The production was forced to shut down due to her demands and after she walked away from the project, White Lantern alleges, claiming Green owes it more than $4 million, and should also compensate them for lost “profits that the film would have generated.”

Max Mallin, White Lantern’s attorney, alleged, “Ms. Green engaged in a course of conduct that demonstrated that she had no intention and/or desire to complete the production of the film. [Her] demands were unreasonable. … [They] created significant distraction, delay and additional costs to White Lantern’s management and their progress of soft and hard pre-production.”

In response, here is a statement from Green’s lawyers, shared exclusively with Variety, in full:

“This statement is being made on behalf of Eva Green, for the sake of clarity, in light of recent reports in the media of the legal action she has brought against White Lantern Film (Britannica) Limited relating to a proposed feature film provisionally entitled ‘A Patriot.’ Ms. Green initiated the legal proceedings against White Lantern Film (Britannica) Limited because they are in breach of contract. All the details of Ms. Green’s legal action are set out within her initial claim lodged at the London High Court on 4 June. In response White Lantern has made a number of erroneous allegations which Ms. Green totally denies and will be responding to in court papers in due course. Ms. Green was at all times ready to perform her contract, and she remained willing and able to proceed in reliance thereon. It was the bridge financiers and White Lantern who unilaterally shut down the production in early October 2019.”

“Ms. Green is an actor with an unblemished professional reputation. In a career spanning over 20 years, Ms. Green has never once been in breach of her contractual obligations. Ms. Green is confident that she will be entirely vindicated in these proceedings and that the court will establish the true facts – although she is saddened that she has found it necessary to go to these lengths to deal with the [alleged] behavior of the defendants.”

In a statement sent to Variety Wednesday evening, White Lantern Film (Britannica) Limited – which is represented in the litigation by lawyers Mishcon de Reya – responded: “Ms. Green provided no acting services to this film, never set foot on set, and never attended pre-production. What may ‘sadden’ her is that, despite [allegedly] breaching her contract, she is not entitled to a million-dollar fee.”

It added: “In WLFB’s view, her legal claim is without merit, has no basis in the facts and demonstrates the same [alleged] unreasonable behavior that the company alleges shuttered a promising film project that had been years in the making. WLFB is confident in its case and looks forward to presenting its full evidence at trial.”

A spokesperson for Green restated Thursday that the actor had a “pay or play” agreement, and pointed out that as the film never went into production she could not “set foot on set.” Green denies that she breached her contract.

The rival claims have been lodged with the court, but have not yet gone before a judge.