Supermodel Gigi Hadid came under fire in China last week over a controversial video showing her squinting her eyes to imitate Buddha.

Furious Chinese people are telling the 22-year-old not to attend this year's Victoria's Secret Fashion Show, which is set to be held in Shanghai this autumn. 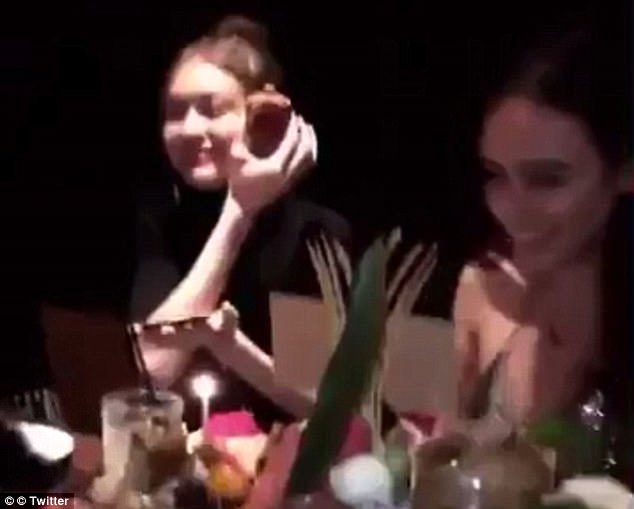 After Chinese web users left thousands of angry comments to boycott Gigi, the American model, one of the highest-paid models in the world, had to issue an apology on a Chinese social media platform.

The video at the centre of the outcry was posted onto Instagram in February by Gigi Hadid's sister, Bella.

In the clip, which was later deleted, Gigi and friends can be seen at a restaurant, where several are singing Happy Birthday.

Gigi holds up a cookie in the shape of the Buddha, then smiles and squints her eyes to imitate his face.

At the time, other social media users quickly chimed in to criticise Gigi, with many claiming her actions to be 'racist'.

Seven months later, the controversial video was back in the spotlight after Gigi confirmed she would attend this year's Victoria's Secret Fashion Show in Shanghai.

She made the announcement on her Twitter and Instagram on August 29, and quickly people in China noticed the old video and publicly voiced their anger.

Hundreds of thousands of people left comments on the internet, calling Gigi racist and telling her not to come to China.

One angry person web user wrote: 'Don't come to Shanghai. You're not welcome here. Screw off!'

Another person posted: '[If she] despises Asian people, why would she come to Asia? [I] boycott [her] firmly.'

One commentator challenged Gigi's actions by saying: 'Doesn't she have Middle Eastern blood herself?'

A fourth user said: 'I suggest that she and her sister Bella should get out of Victoria's Secret show...'

Global Times, a Chinese state-run newspaper, published a video on its Weibo account, which showed more controversial comments made by Gigi and her mother in the past.

In the clip, Gigi's mother can be heard telling a make-up artist in a reality TV show to put more eye shadow on Gigi so she 'doesn't look Chinese'. 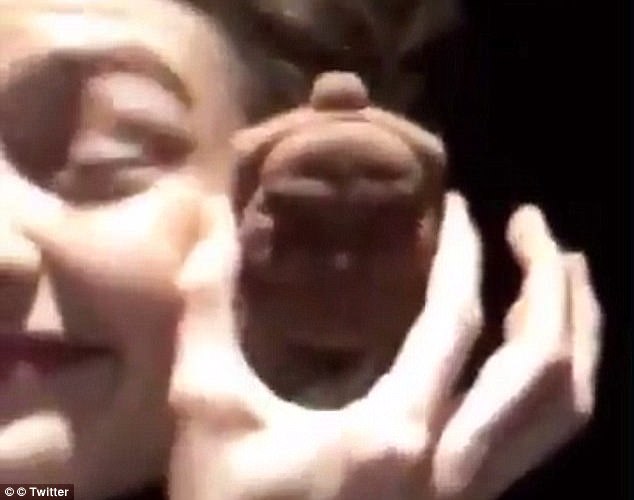