Kathy Griffin re-shared the 2017 photo of her posing with a model of Donald Trump’s bloody, decapitated head after the president falsely declared victory in the 2020 presidential election early Wednesday. 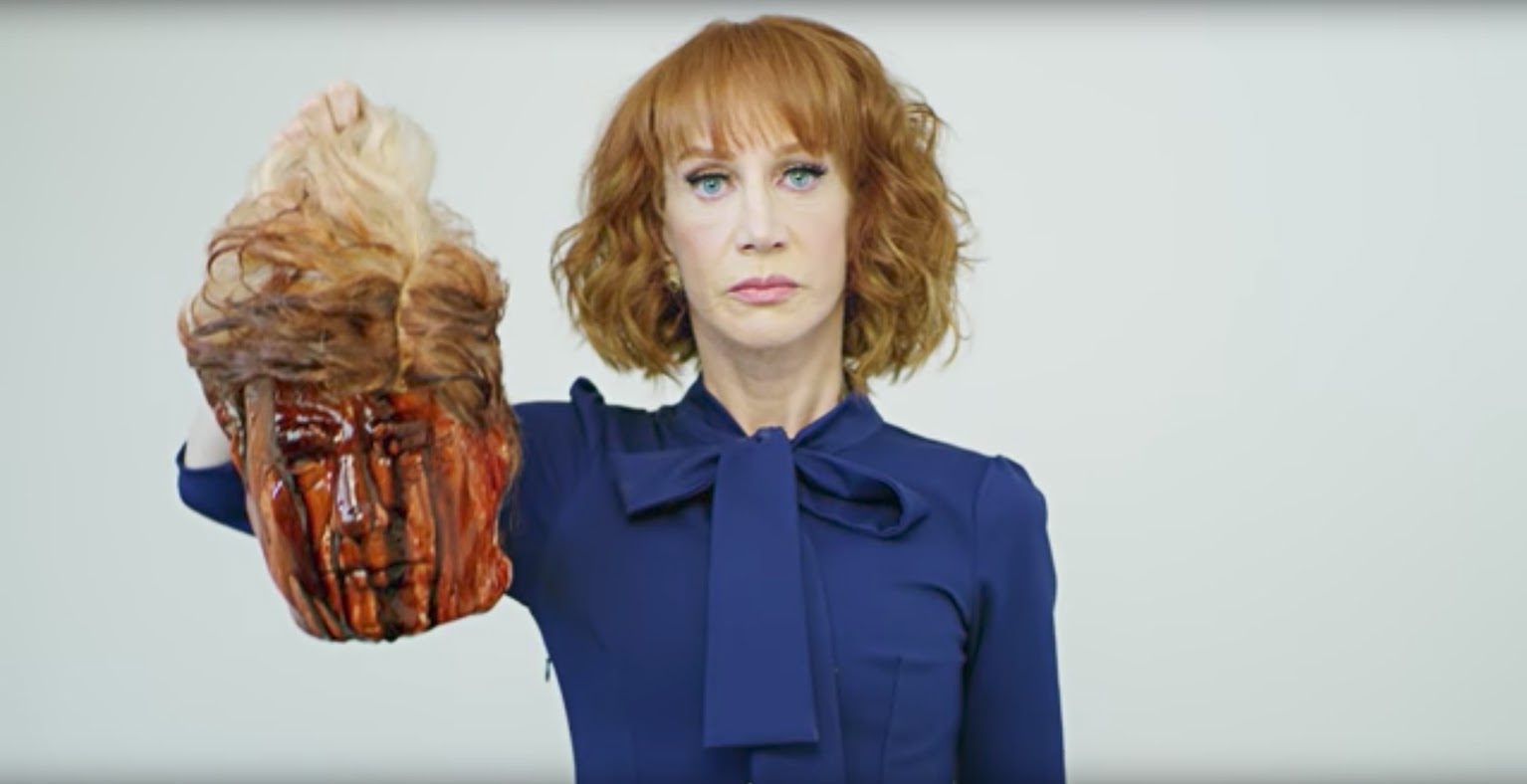 The comedian posted the photo on Twitter without comment just minutes after Trump’s White House speech. It has since been retweeted nearly 12,000 times.

Taken by photographer Tyler Shields in 2017, the image drew major controversy to Griffin at the time, leading to an emotional apology video in which she called the picture a “mistake.”

Griffin was fired from CNN’s “New Year’s Eve” coverage and condemned by her co-host Anderson Cooper. The comedian has also said she was the subject of an investigation by the Secret Service and placed on a no-fly list in the wake of the photo.

However, Griffin has since retracted her apology, saying that she stands by the image.

Griffin has been a vocal critic of the Trump administration and has backed his opponent Joe Biden in the 2020 race. In a Wednesday tweet, she said the president has “corrupted the election” and expressed disbelief that his supporters “happily” voted for what she characterized in part as “racism,” “sexism” and “QAnon insanity.”