One of the most celebrated actresses of her generation, Keira Knightley has spent the past three years juggling the demands of motherhood and a stellar career. As she returns to our screens to play the French literary icon Colette, she talks to Sophie Elmhirst about family, feminism and finding the freedom to be herself.

You can see the panic in Keira Knightley's eyes. This morning she has been trying to work out where to send her three-year-old daughter, Edie, to school next year, the kind of conundrum that to non-parents seems laughable and to parents becomes a sanity-devouring subject that has no happy ending. 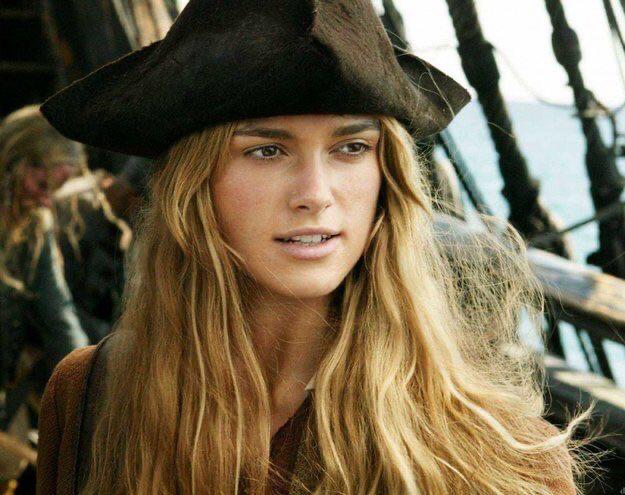 There’s the local school, which she likes but her child might not get into, or the variety of private schools she’s not sure about, or home-schooling, which she would definitely never do. "And I’ve literally just gone crazy looking at every single one in London!" she says, laughing in the slightly possessed way of the deranged.

Knightley is sitting in an Islington café, not far from where she lives with her daughter and her musician husband, James Righton. The last time we met, five years ago, she was post-marriage, pre-baby. Back then, she’d just been in Jack Ryan: Shadow Recruit, a ‘piece of popcorn’ as she called it, and she was sweary and ferocious and funny. This time, she’s just put in a powerhouse performance in the title role in Colette and she’s still sweary and ferocious and funny, but slightly unravelled by three long years of destroyed nights.

Life has changed. The films are a little different, and she’s had approximately

100 per cent less sleep. It got to the point, she says, "where it’s like, “Oh, nobody is sleeping in this house”, and you think, “Do we all hate each other, or are we actually completely sleep-deprived?”"

While pregnant, she took a year off work. Then she had her daughter and with

a four-month-old in tow, the family moved to New York so that Knightley could

perform the title role in Thérèse Raquin on Broadway. "I actually don’t know how we did that," she says, still looking bemused by the decision. "If we have another one I wouldn’t say I’d do that again. It was quite mad." She remembers little of the time – the eight three-hour shows a week while breastfeeding an infant blurring into a haze. It was only possible at all by hiring a maternity nurse at night, who Knightley paid double what she was earning in the show so that she could rest in order to play the psychotic and murderous Thérèse again the next day. At least, she says, the storm of new-mother hormones and overspilling emotions proved helpful for the role.

After Thérèse Raquin, Knightley packed her schedule with movies, including Colette, Berlin, I Love You and a heightened and slightly terrifying turn as the Sugar Plum Fairy in The Nutcracker and the Four Realms. Edie came on set when she could and Knightley kept working, compelled by the influence of her own mother, Sharman Macdonald, the screenwriter. "My mum always worked when I was small," says Knightley, "and she’s always had a real thing about me continuing to work, and I think a lot of my sense of self came from me being so proud of her for working and having that ethic."