The show must go on! Lady Gaga did not let a small wardrobe malfunction ruin her night out in New York City.

As the actress, 35, was making her way from The Late Show with Stephen Colbert on Monday, November 16, a gust of wind lifted her dress and exposed her nude underwear. The Grammy winner was rocking a one-shouldered black gown, which showed off her legs, as she left the Ed Sullivan Theater. 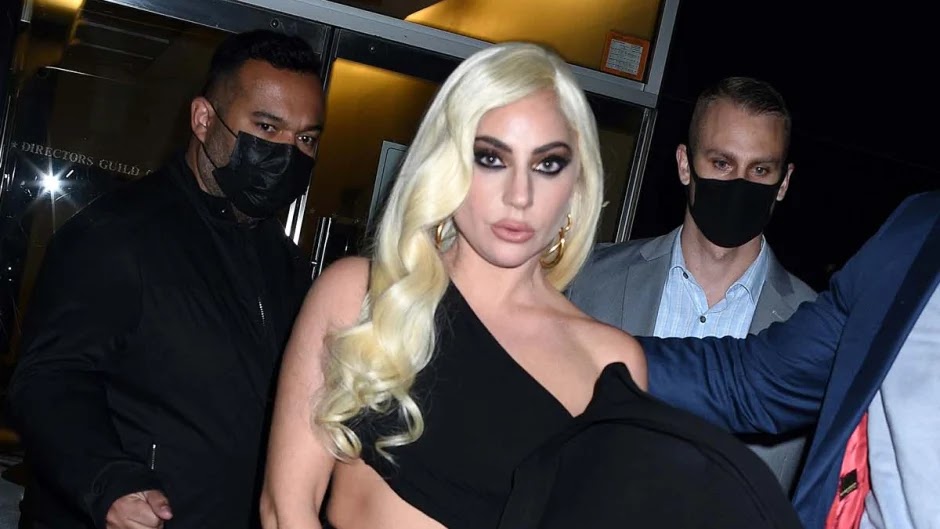 The songwriter didn’t seem fazed by the mess up and continued to show off her stunning outfit.

Gaga has been pulling out all the fashion stops during her House of Gucci promotional tour. The New York native, who plays Patrizia Reggiani in the upcoming film, previously opened up about the level of commitment that went into the role.

“I was either in my hotel room, living and speaking as Reggiani, or I was on set, living and speaking as her,” she recalled during an interview with British Vogue for their December issue. “I remember I went out into Italy one day with a hat on to take a walk. I hadn’t taken a walk in about two months and I panicked. I thought I was on a movie set.”

The performer noted that she suffered “psychological difficulty” while working on bringing the real-life story to the big screen.

“I have no evidence that Patrizia was a photographer, but I thought as an exercise, and finding her interests in life, that I would become a photographer,” Gaga noted. “So I took my point-and-shoot camera everywhere that I went. I noticed that Patrizia loved beautiful things. If something wasn’t beautiful, I deleted it.”

Gaga later revealed that she even found time to improvise an iconic line into the film.

“Father, son and house of Gucci? Well, it was the first time, and then we kept it.” Gaga shared with Entertainment Tonight this month. “It was not in the script.”

The “Stupid Love” singer explained that the dialogue flowed naturally as the cast worked on the project. House of Gucci, which will be released on November 24, also stars Adam Driver, Jared Leto, Jeremy Irons, Salma Hayek and Al Pacino.

“These things came to us, I think they came from a real place of spontaneity on set, where you can do as much work as possible before, and then when you get there, you just throw it out, and you just talk to each other,” she added at the time.