Lili Reinhart's secret hobby as an SFX makeup artist means she's tried plenty of Halloween-ready makeup looks before. But her latest idea didn't go over so well with fans — and ended with her apologizing for a racially insensitive tweet. 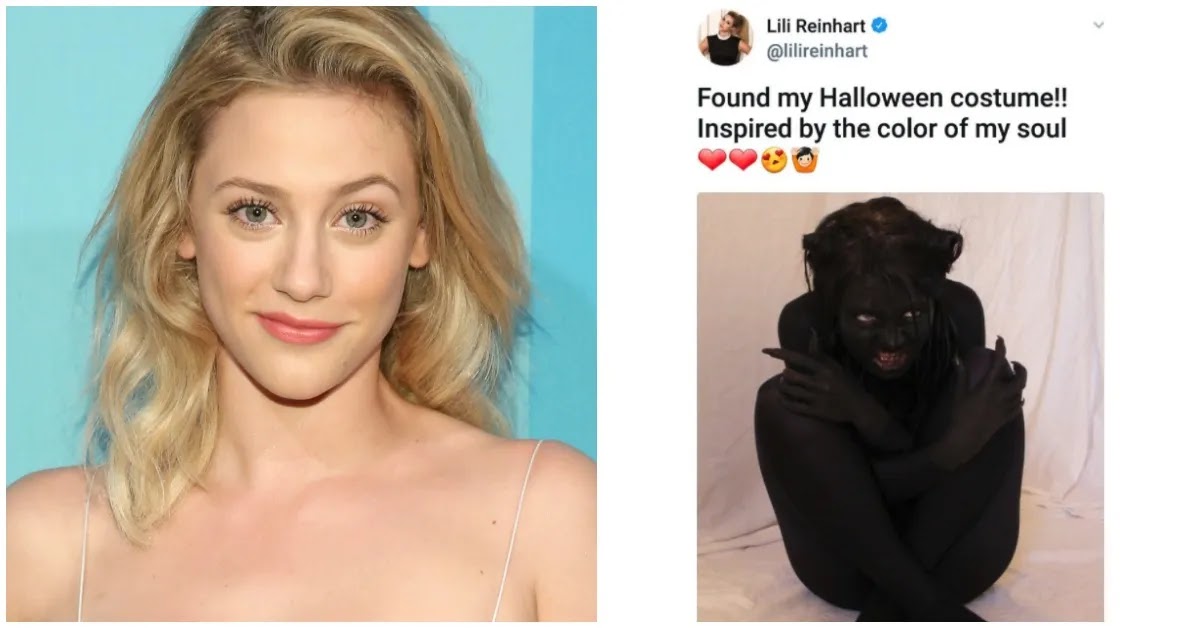 The Riverdale actress posted a picture of a woman dressed as a demon, covered in head-to-toe black paint. "Found my Halloween costume!! Inspired by the color of my soul," she wrote. Not long after she posted it, she took the post down — after many Twitter users accused her of promoting blackface, an issue that has continuously come up in the beauty industry. The star ended up apologizing to all of her fans for the photo, writing that she understood the reactions but hadn't had those intentions when she shared her Halloween idea.

Her words had Twitter split, with half of them demanding that she do better — and the other half saying that it wasn't blackface, since the photo was supposed to be a demon, not a POC. (If ever in doubt about your Halloween costume idea, here's how not to be racist with your makeup this year.) 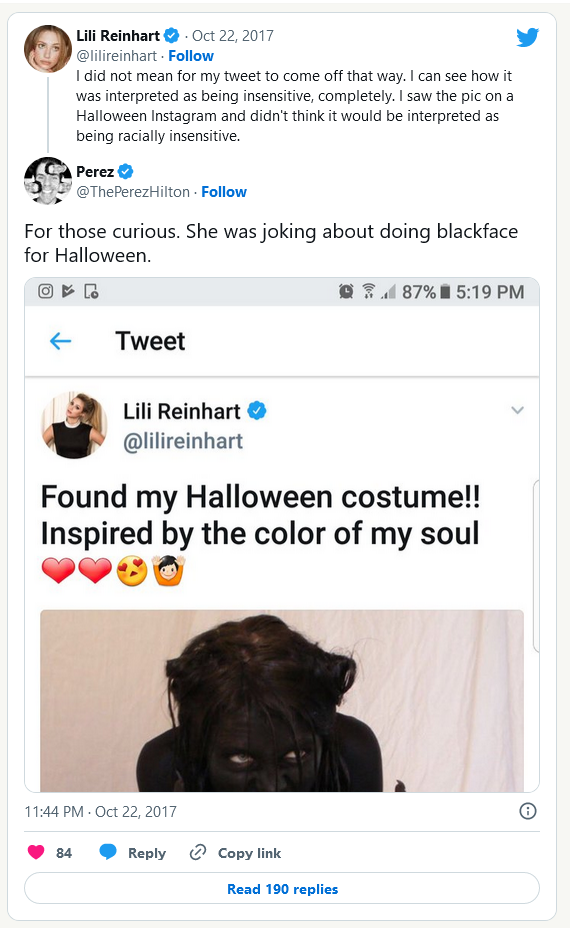