They have been romantically linked since September 2018 but, until now, have never confirmed their relationship. 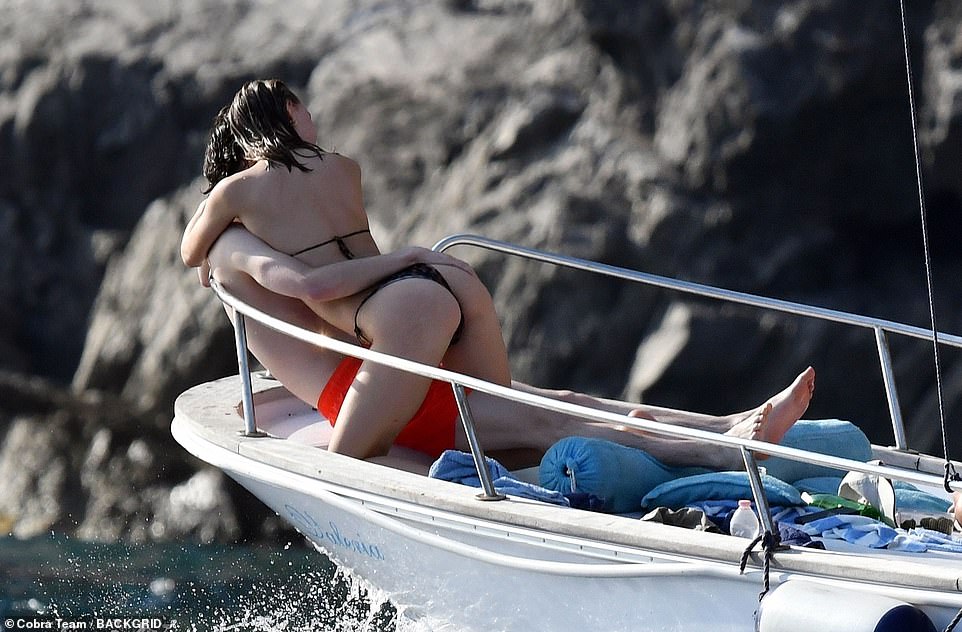 And, Lily-Rose Depp, 20, and Timothée Chalamet, 23, packed on the PDA on Monday, as they smooched while relaxing aboard a luxury vessel during their current getaway to Capri, Italy.
Wearing her skimpy little animal printed bikini out in the hot Italian sunshine, Lily seemed to have an insatiable appetite for Timotée as the couple embraced and kissed passionately whilst out on their boat.
Timothee was all smiles as he donned his red shorts and Persol sunglasses. The star jumped off the boat in wild excitement and carried Lily as the couple went ashore taking their blossoming relationship to a new level.
Rumours of a romance between the pair began to swirl at the end of 2018 when fans caught the pair cosying up around New York City, walking with their arms around each other.
Oscar-nominated Timothée shares a similar heritage to Lily-Rose as his mom is American and his is dad is French. 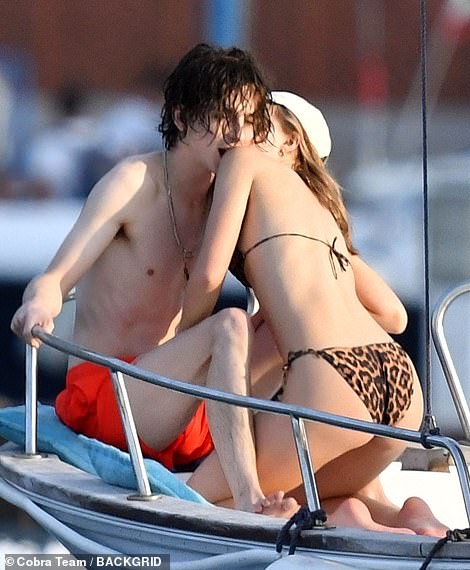 The young thespian has previously dodged confirming the romance rumors with Lily-Rose, but he did once tell a reporter at Access Hollywood that she made him speechless.
The couple star alongside each other in Netflix's upcoming drama, The King, which sees Timothée take on the role of Henry V and Lily-Rose as Princess Catherine.
The film, which will also star Joel Edgerton, Robert Pattinson and Ben Mendelsohn, premiered at the 76th Venice Film Festival last week.
Lily-Rose and Timonthée are routinely spotted by fan accounts on 'dates' around Paris and New York, but sent the gossip mill into overdrive when they stepped out together at the Venice Film Festival last.
Adapting Shakespeare's Henriad, the trailer for The King focuses on Timothée's King Henry V as he struggles with the responsibility of the crown, suspicion of his men, and war against The Dauphin. 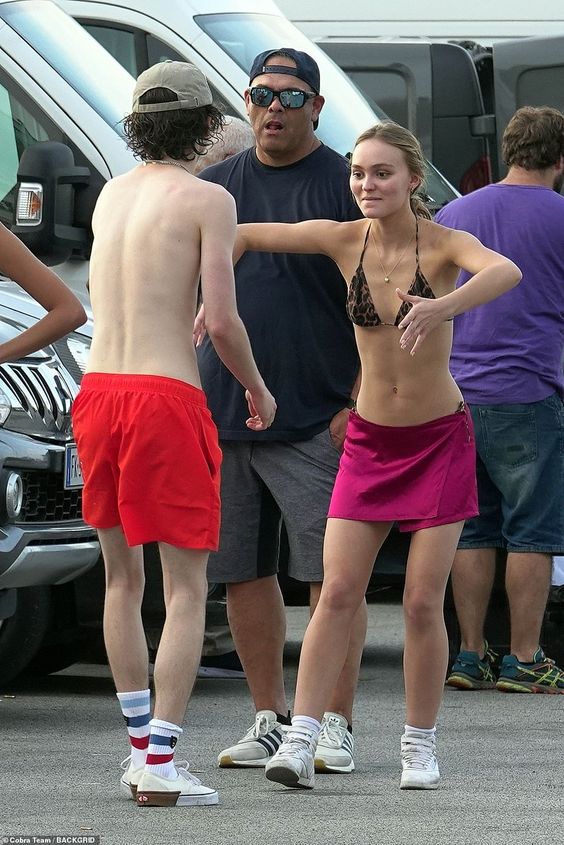 Prince Hal begins the plays as an immature party animal but becomes King Henry V when his father Henry IV dies and eventually becomes an impressive military leader, winning the Battle Of Agincourt against the French despite dismal odds.
The screenplay was co-written by Joel Edgerton with director David Michod, and the actor also stars as Hal's sidekick Falstaff, a character invented for the plays.
The King is set to be released on Netflix later this year.
Next Post Previous Post
Celebrities Gossip