Supergirl, known for her crime-fighting antics in National City, recently had an unexpected wardrobe malfunction while shooting scenes in Vancouver, Canada. Strong winds caused her costume to reveal more than intended, giving onlookers a glimpse under the outfit worn by actress Melissa Benoist.

Supergirl, portrayed by actress Melissa Benoist, was caught in a bit of a wardrobe malfunction while on set for season 3. As she was filming, the wind caused her skirt to blow up revealing more than intended.
Benoist quickly covered up with her iconic red cape. The photos taken could be from the season finale. The cast members including Mehcad Brooks as James Olsen/Guardian, Chyler Leigh as Alex Danvers, Chris Wood as Mon-El, and Erica Durance as Alura Zor-El were also spotted on set. Benoist has been known to enjoy dancing during breaks in filming, as seen in previous videos from the set. 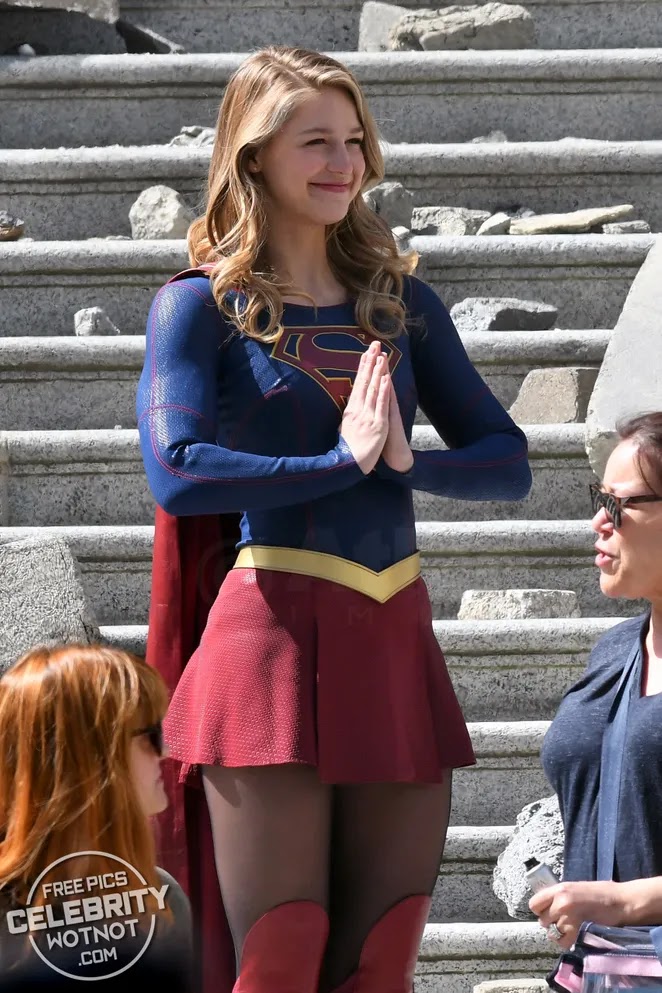 The scene filmed in Vancouver, Canada showed Supergirl looking worried with Alura Zor-El putting her hand on Supergirl's arm to reassure her of something.

Supergirl was then pictured getting ready to make a run for it and also the wind blowing up her skirt again. Her hair was also a victim of the weather getting blown all over the place!

Wearing a red and back costume with the same Supergirl 'S' on the front Erica Durance AKA Alura Zor-El had both arms up motioning to Supergirl who flashed a smile back.

Melissa Benoist also showed off her amazing biceps that could be seen sculpted through her red, blue, and gold Supergirl costume.