We've all been caught smack dab in the middle of an embarrassing moment, but for celebrities, these awkward photos are then plastered all over the web for the rest of us to gawk and sometimes laugh at. It's not fair that celebrities are forced to live their lives underneath a microscope, and if the rest of us were followed around 24/7 with cameras shoved in our faces, we're pretty sure we would be caught in some pretty unflattering angles at some point in time, too.

Selena Gomez is one celebrity who is literally hounded by the press. At one point, the pressures of the industry became too much for her, and she was forced to take a break and remove herself from the public eye. Growing up as a child actress and transforming herself into an internationally-known superstar means there are more than a few photos of Selena that have been captured throughout the years. Many of them show the world just how beautiful she really is, while others' photos definitely make us cringe. 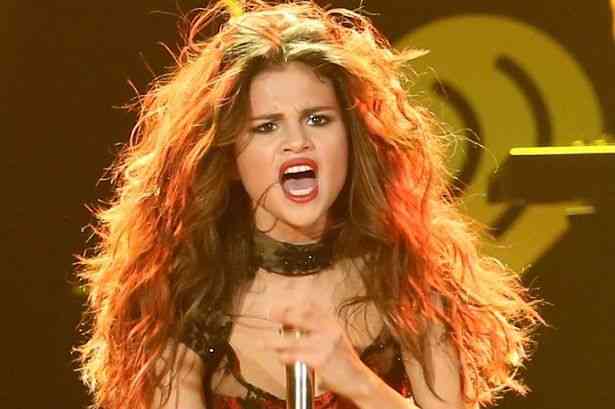 I'm not too sure what's really going on in this photo, but all I know is it is equal parts hilarious and traumatizing. Selena is putting on yet another jaw-dropping performance, and this photo captured her at the worst moment possible. Her hair is wild and untamed, and the expression on her face is literally killing me. She has the look of crazy in her eyes. I imagine this is the look Selena makes when she receives back-to-back drunk calls from Justin Bieber in the middle of the night. It's like the perfect "WTF is going on?!" face.

This is definitely one of Selena's worst photos ever taken, and I'm pretty sure if she could get this picture taken off the Internet forever, she would. There are some pictures that should just never see the light of day, and this photo is one of them for sure. 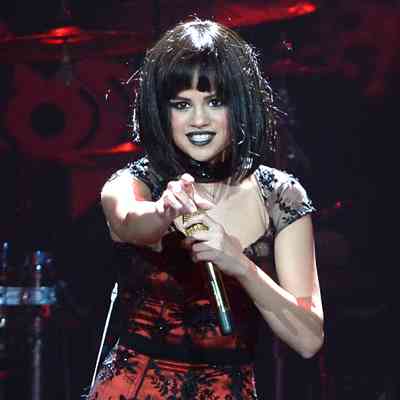 While performing at KIIS FM's Jingle Ball, Selena got all gothic on us in this interesting outfit that definitely should've stayed in her closet. The singer wore a red and black dress, along with a short brown wig. Her makeup was a lot different from her normal looks. Instead of donning her signature red lipstick, she went with a black shade and a smoky eye. We know she was dressing up to play the part, but we can't help but to scream "WTF!!" whenever we see this photo. It definitely isn't one of her best moments.

We think Selena should stick with what works: beautiful gowns, light eye makeup, red lips, and her beachy waves. This gothic look isn't ever going to work for her. 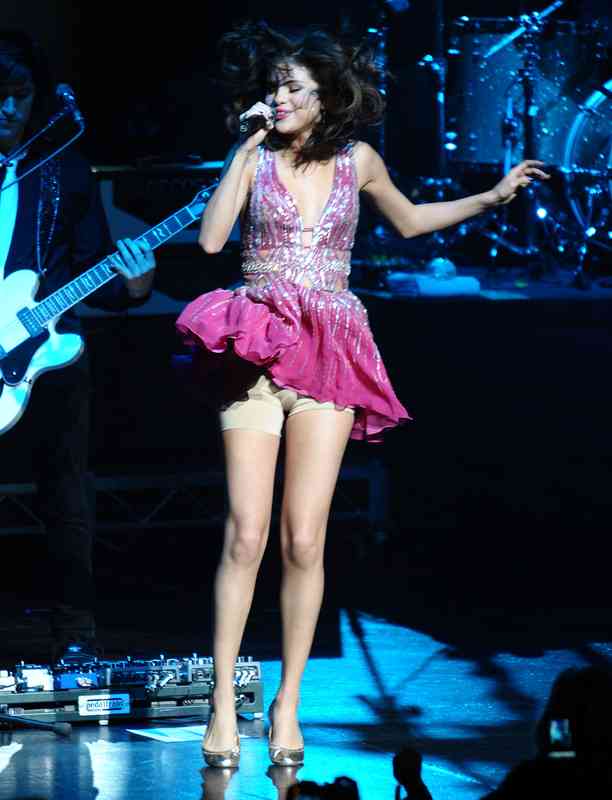 I've got to hand it to her. Selena seems like she has a drawer full of nude-colored undergarments that are perfect for any and every occasion. I only wish her unmentionables would stay hidden.

Once again, the singer gave fans a little more than they bargained for during one of her concert performances. Dressed in beautiful pink, sparkly gown, the singer belted out some of her most popular tunes in front of a packed venue. But apparently, someone cranked up a fan a bit too high, and Selena's "Beyonce wind through the hair" moment was totally ruined when her minidress flew up, exposing a pair of nude Spanx. So embarrassing!

I'm not even sure why she was wearing Spanx to begin with. She's toned and in shape. What could she possibly be trying to suck in? Either way, this is just one of those moments that probably left Selena mortified, and I don't blame her. I would be hiding under a rock if this happened to me!