Kanye West's fans were taken aback when recent rumors suggested that the rapper had secretly tied the knot with Yeezy designer, Bianca Censori. Despite her famous links to the Stronger hitmaker, little is known about the businesswoman, who has managed to stay out of the spotlight.

Bianca grew up in Melbourne, Australia, and gained a degree in Architecture from the city's university. She also set up her own jewelry company, Nylon's Jewelry, while she was still a student.

After graduating, Bianca worked as a design consultant for a year, then as a student architect for three years, before completing a Masters and moving to Los Angeles to work for Yeezy. 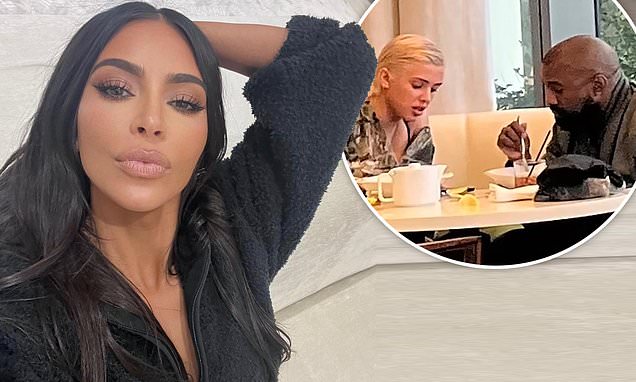 Last month, Kanye paid tribute to Bianca in his new track, "Censori Overload", a play on her last name. The lyrics of the song seem to reference his split from ex-wife Kim Kardashian, and he revealed that he stayed celibate before getting married. The couple was seen wearing matching rings, and it is said that they had a private ceremony.

Despite being a private person, Bianca is no stranger to sharing her stylish and seductive photographs on Instagram. She has recently dyed her dark brown locks blonde, which is a similar hair color to Kim Kardashian's.

Overall, the news of Kanye West and Bianca Censori's marriage has left fans in shock, and many are curious to know more about this mysterious woman who has captured the heart of the famous rapper.