Katy Perry cringed as she was made to rank famous ex-boyfriends Orlando Bloom, John Mayer and Diplo on their sexual performance.

The singer has been livestreaming her life to promote her latest album, “Witness,” and James Corden came along to give the 32-year-old a grilling. 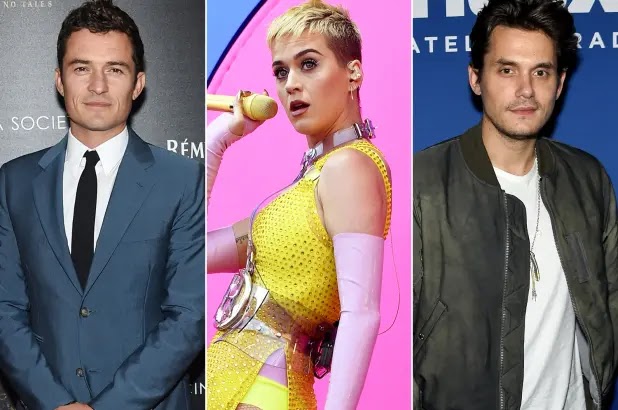 Corden asked the unsuspecting Perry: “This is working on the notion that they’re all good, rank Diplo, John Mayer and Orlando Bloom.”

Mortified at being asked the question, Perry squealed: “No, no, no!!! I will not do that!”

Corden, 38, wasn’t letting her off, but did offer to help: “Diplo is in third, we know that, so if Diplo’s a given, not that there’s anything wrong with Diplo, just the other two are clearly exceptional lovers.”

“They’re all amazing lovers,” replied Perry. “I would have sex with all of them when I get out of this place!”

To which Perry quipped: “Oh are they?” before adding that singer Josh Groban wins and revealed that her hit “The One That Got Away” was about him.

Refusing to be distracted by Perry’s revelation, Corden forced her to rank them, as she conceded that Diplo was in third place, followed by Bloom, with Mayer winning.

Katy briefly dated Diplo in 2014, had an on-and-off relationship with singer Mayer for three years and ended a year-long romance with Bloom in March.

When Perry’s not revealing her sex secrets, she’s flashing the flesh.

Staying true to her word that her fans will “witness” all aspects of her life, the star accidentally showed her bare bum during a massage last night.

The singer has moved into an apartment fitted with 42 cameras that have been watching her every move.

Aside from comic Corden, she has been joined by a host of celeb pals including Sia, Arianna Huffington and RuPaul.