If the Black Lives Matter movement were led by a 21-year-old white supermodel armed with a can of fizzy soda, then maybe everyone would just get along. 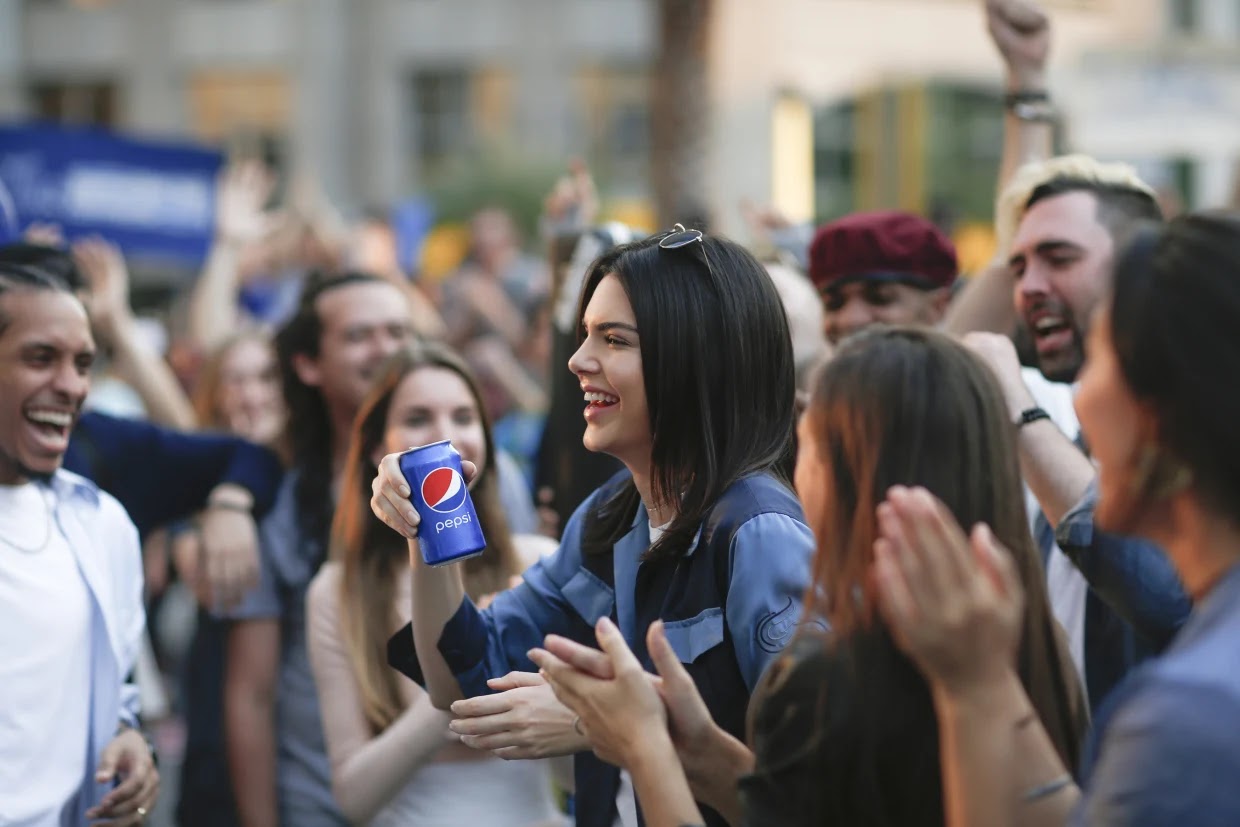 "Pepsi was trying to project a global message of unity, peace and understanding. Clearly we missed the mark, and we apologize," Pepsi wrote in a statement on Wednesday. "We did not intend to make light of any serious issue. We are removing the content and halting any further rollout. We also apologize for putting Kendall Jenner in this position."

In the ad released Tuesday, Jenner is in the middle of a photo shoot when she happens to notice a protest march making its way down the street.

It's not clear what the smiling, attractive demonstrators are upset about, the only clues being their placards reading "peace" and "love" and "join the conversation."

But Jenner decides to join them anyway, beckoned into the throng by a handsome man with a cello. She rips off her blonde wig, wipes away her lipstick and joins the marchers. The beaming, break-dancing protesters are a far cry from the often fractious demonstrations that have broken out across the United States over the past few years.

"They ain't have no more damn Pepsi at the store!" pic.twitter.com/lVb8hA7Feo
— malibu nova (@theBrittdoll) April 5, 2017

In Pepsi's version, no one seems too worked up about anything. Jenner fist-bumps one of her recently adopted activists, before grabbing a can of Pepsi from a well-stocked ice-bucket.

Then comes the ad's climax — and perhaps the part that has caused most uproar. Jenner reaches the remarkably calm front-line of the protest. She spots an officer, walks up to him and hands him the Pepsi.

He takes a sip, a woman wearing a nose-ring and a traditional Muslim headscarf takes a photograph and everybody cheers.

The ad has sparked accusations that Pepsi has appropriated a racial protest movement to sell a global fizzy drinks brand.

"This ad trivializes the urgency of the issues and it diminishes the seriousness and the gravity of why we got into the street in the first place," activist DeRay McKesson told NBC News correspondent Gabe Gutierrez.

McKesson, who organized and protested in Ferguson after the death of Michael Brown, also takes issue with the brand's apology. "Pepsi didn't apologize to all of the people who have been protesting for two years, didn't apologize to the people who dedicated their lives and their time to these issues and to understand the urgency of them because in so many cases, there's so much at stake including people's lives," he said.

It drew scathing criticism on social media from Bernice King, the youngest daughter of Dr. Martin Luther King Jr. She posted an image of her father mid-peaceful protest — literally being pushed back by a police line and tweeted: "If only Daddy would have known about the power of #Pepsi."

Pepsi in turn responded directly to King, "We at Pepsi believe in the legacy of Dr. King & meant absolutely no disrespect to him & others who fight for justice."