Camilla Belle made a strong impression in her role in Jurassic Park II: The Lost World, and many in Hollywood had high expectations for her career. She possessed both beauty and talent, and had caught the attention of some prominent directors. However, despite the promise of her early career, Belle's presence in Hollywood has become less prominent.

The reasons for this are not entirely clear and could be due to a variety of factors such as changes in public perception, shifts in industry trends, or personal decisions. It is also possible that Belle has chosen to take a break from acting or pursue other interests. It's hard to say for sure why she isn't getting roles anymore. 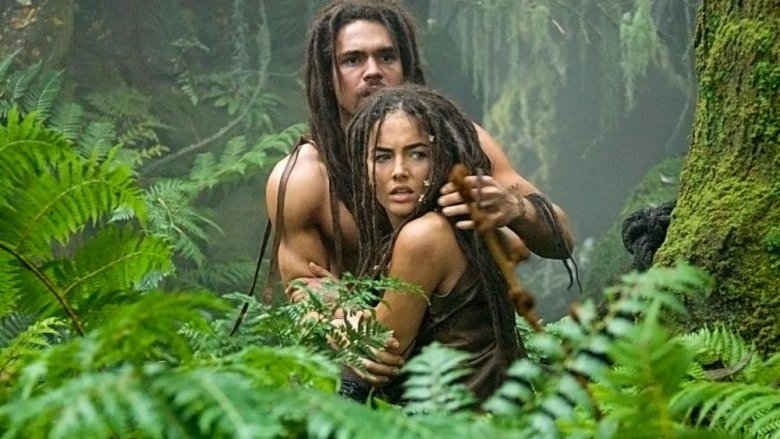 She was never really a household name

While some actors fade into obscurity after a brush with mega-fame, Camilla Belle never embraced the spotlight that way. Even when she was working steadily, anchoring prestigious projects alongside some of Hollywood's biggest names, she lacked the celebrity (or in some cases, the notoriety) of her far more famous peers — a cohort that included Amanda Bynes, Lindsay Lohan, Mischa Barton, and Megan Fox. Next to all those pop culture icons, Camilla Belle's rise in Hollywood was comparatively quiet and un-plagued by scandal — and for better or for worse, it made it that much easier for her to drop off the radar while everyone was distracted by the attention-grabbing shenanigans of much thirstier celebs.

Starring opposite Daniel Day-Lewis in The Ballad of Jack and Rose was a learning experience for Belle, who explained how working alongside the famous method actor informed her own performance: "By watching him and his preparation, I kind of got into that world as well, trying to be the character instead of just acting like her." But in addition to honing her craft, Belle seems to have picked up a habit of taking a backseat to her colleagues, which has led to her being eclipsed and under-appreciated in many of her projects since. With the exception of When a Stranger Calls — which she anchored totally by herself — she almost never gets top billing or prominent placement on posters, despite having one of the prettiest faces in Hollywood.

She keeps a low profile offscreen

With the exception of a single dalliance with Joe Jonas in 2009, Camilla Belle doesn't cultivate attention in her private life — and in fact, she actively avoids the kind of entanglements that lead to being chased by the paparazzi. In a 2016 interview, she revealed that she never, ever dates her co-stars, no matter how appealing the possibility. "It's so easy – you can be in a really romantic place and maybe your co-star happens to be good looking and you have chemistry and you're staying at the same hotel and go out to dinner," she said, before putting her foot down: "I avoid it. I do my work and leave." She had bad blood with a certain pop princess

As we've mentioned, Camilla Belle is a pretty private person — which made it especially unfortunate that she happened to date Joe Jonas right after his breakup with Taylor Swift. Swift, who is of course notorious for revenge-by-hit-single, wrote the song "Better Than Revenge" as a barely veiled slam against Belle, complete with charming lines like "She's an actress, she's better known for the things that she does on the mattress." Belle has only ever responded obliquely to Swift's nastiness, but the experience of being smeared in the song may well have given her second thoughts about pursuing the spotlight for its own sake.

Her shot at stardom tanked at the box office

Back in 2008, Camilla Belle was on a clear trajectory toward stardom. She'd won accolades for her performance in The Ballad of Jack and Rose, she'd singlehandedly anchored a highly effective horror movie (When a Stranger Calls), and she'd been tapped to star in Roland Emmerich's epic, prehistoric disaster flick 10,000 BC, a role which was sure to catapult her from the category of "working actress" to "super celeb." The only problem? 10,000 BC failed to earn back its budget at the U.S. box office, and critics savaged the movie; one particularly scathing review declared, "even a cameo by Pauly Shore in Encino Man would liven up this bombastic bore."