Rita Ora let it mostly hang out Tuesday while out in New York City. Adding to the summer heat, the British singer kicked the temps up a few notches with her racy outfit. The 24-year-old chose a daring LBD for her meeting, but while it looks very businesslike in the front and the back, the sides reveal a wild side.

Completely cut-out, the dress' sides not only revealed a big portion of Ora's torso but also showed off the fact that she went sans bra for her day out in the Big Apple! She paired her dress with some heeled boots. 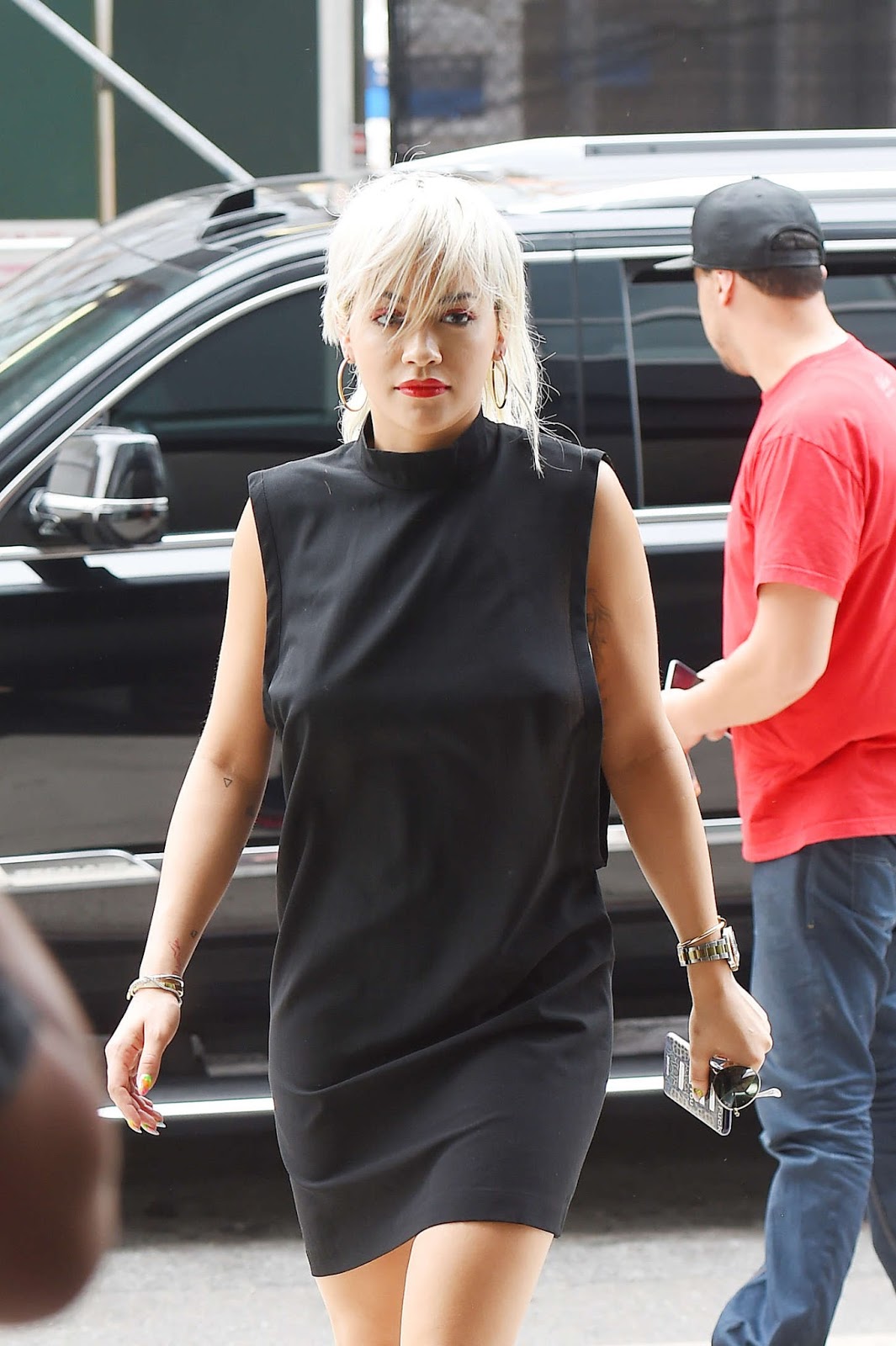 Ora has been known to make bold fashion choices in the past, and even risked a major wardrobe malfunction at the Billboard Music Awards last month when she donned an embellished Fasuto Puglisi dress that featured multiple cut-outs and a thigh-high slit.

"I thought I'd go a little bit naked!" Ora joked to Giuliana Rancic.

"There isn't any, really," the singer admitted with a hearty laugh. "I didn't really think that far ahead so I'm just going to have to pray to the Lord that we're going to be OK!" 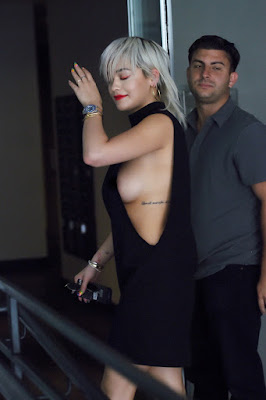 But the "R.I.P." crooner, who is very into fashion, doesn't mind having to pray every so often for her outfits to work if it means making a statement on a red carpet (or anywhere!).

"You need to take risks, and I think me being a crazy, fashion lover, I needed to do something [daring]," she told Rancic. "It's good, though. I like it. I like taking a few risks once in a while."

Her "daring" side might be a result of her 2014 breakup with Calvin Harris, which the singer admitted took its toll on her for a while. Only three months after calling it quits, Ora told Glamour U.K., "I'm gonna tell you the truth: I'm not doing too great. But, I'm doing better than I thought. I adore him and he's such an amazing human being. It was more about the situation. It was inconvenient. It sucks. It wasn't about 'us.'