Rita Ora looked fierce as she turned heads in a backless black dress.

The pop star , who is focusing on her career after being replaced on The X Factor judging panel, stunned in the gown in New York after Simon Cowell hinted her and Cheryl were too SELFISH to focus on finding and nurturing talent.

Reets looked as though she didn't have a care in the world as she stopped traffic in the black ensemble with silver detailing and a huge thigh split. 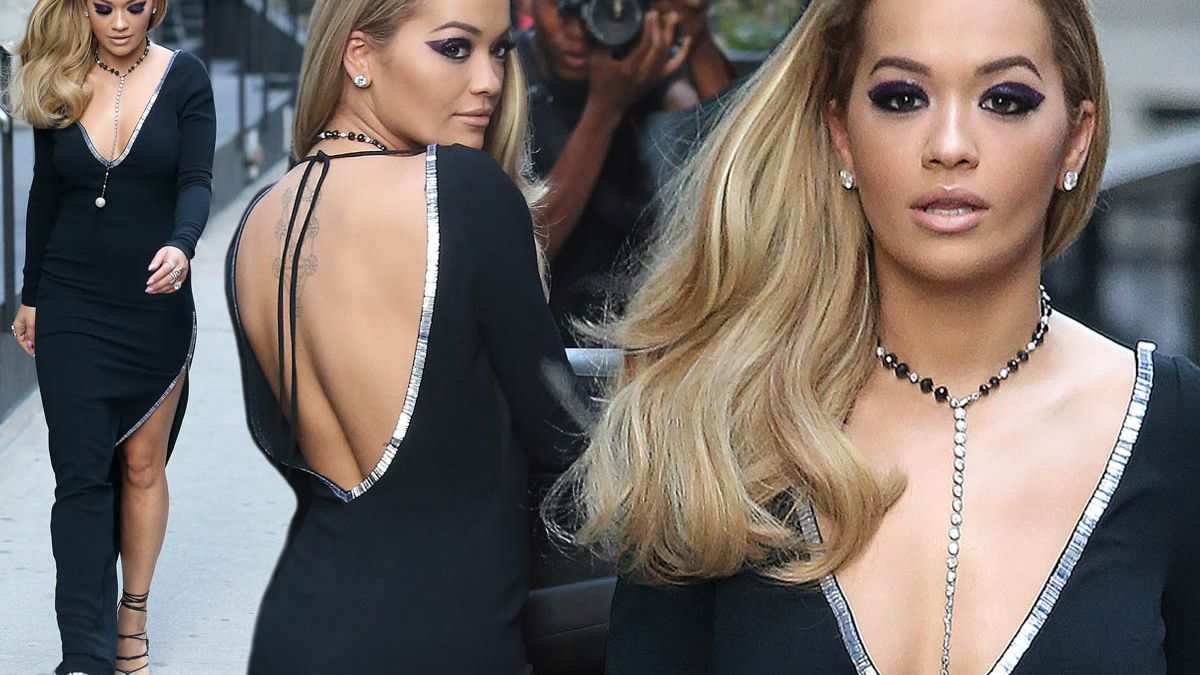 She stepped out with smokey eyes and a nude lip as she wore her hair in a relaxed style around her shoulders, adding a decorative necklace to her glam look.

The singer, who has been spending a lot of time in the Big Apple filming America's Next Top Model, navigated the pavement in a pair of towering strappy heels and made sure she didn't have a wardrobe malfunction as she climbed into a cab.

She even turned back to give the camera a sexy look before heading off.

Music mogul Simon, 56, appears to have hit out at Rita and Chezza, hinting they were more concerned with their own careers than developing new artists, as he welcomes back judges Nicole Scherzinger and Sharon Osbourne to the ITV show.

He explained: "When you're sitting as a judge and you're judging these shows you have to like people. If you don't, you can't do this job. It's as simple as that.

"I mean, this is one of the issues I have at the moment when you put too many singers on a judging panel."

Nick Grimshaw also previously joked it was Rita who got them "sacked" from The X Factor because of her bizarre comments to acts.

The cheeky presenter, who was hosting his usual BBC Radio 1 Breakfast Show, was on the phone to a listener when he blamed the star for them getting fired.

Northerner Nick was playing a game centred around Kanye West quotes and used one which was actually from pal Rita, who said: "Your voice is really well baked, like a really good cooked ham."

He then told the caller: "Oh, that was one of Rita Ora's great quotes on last year's X Factor . It's nonsense quotes like that that got us all fired, Rita!"