The Rolling Stones and ABKCO Music & Records Inc have shared the official music video for their celebrated 1967 single “We Love You.” It’s been newly-restored in 4K resolution, as were the two promotional films that were recently shared for 1968’s “Jumpin’ Jack Flash.” 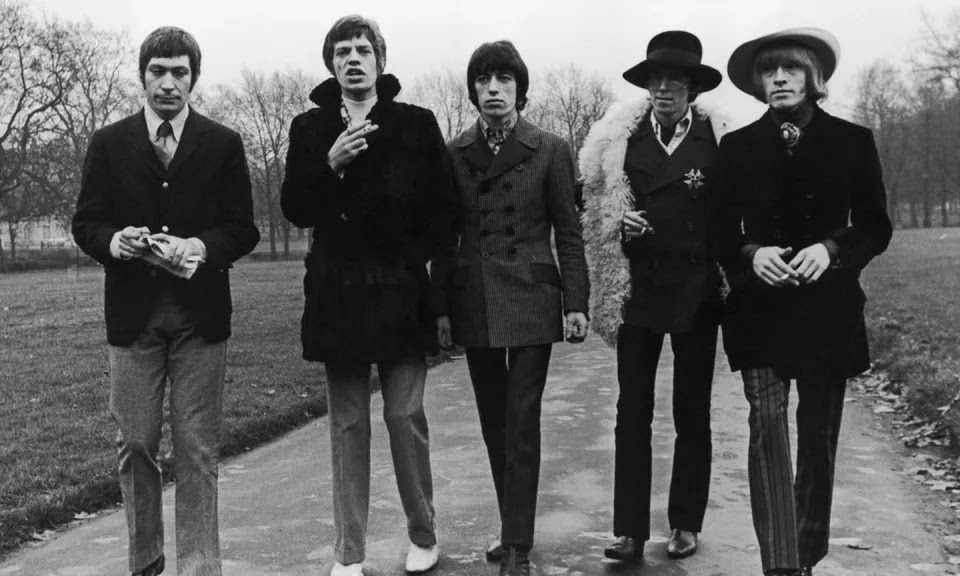 The “We Love You” video was directed by Liverpudlian filmmaker Peter Whitehead, who had directed the Stones’ 1965 documentary Charlie Is My Darling. Under his guidance, the band took great pleasure in satirizing their infamous Redlands drug bust and the subsequent criminal trial that resulted in short-lived prison sentences for Mick Jagger and Keith Richards. It also makes reference to Brian Jones’ own drug bust of later in 1967.

The film was a fitting accompaniment to the single recorded at Olympic Studios in the summer of that year, which purported to embrace the positivity of the era but was a thinly-veiled indictment of authoritarianism. It featured the signature piano of Nicky Hopkins, Jones on Mellotron, and backing vocals, as a gesture of solidarity, by Paul McCartney and John Lennon. Jagger sung the lead vocal over a droning, Moroccan-influenced musical setting.

The sound effects of dragging chains and a prison door from the song’s introduction were also illustrated in the video, both inspired by the police raid on Richards’ home at Redlands in West Wittering, Sussex on February 12, 1967. Despite only minimal quantities of controlled substances being found, Jagger, Richards, and art dealer Robert Fraser were charged with serious drug offenses and given prison sentences. After one night in prison, the two Stones were released, on the very day that Jones and his girlfriend were arrested on drug possession charges.

The clip captures the absurdity of the saga, with Richards depicted as a judge, whose wig is composed of rolled-up tabloid newspapers. Jagger and Marianne Faithfull participate in a mock trial, inspired in part by the 1895 trials of poet and playwright Oscar Wilde. Bookending the clip is footage of the Stones recording at Olympic circa 1967, with enhanced visual effects.

Top of the Pops, the UK’s main TV outlet for pop music of the time, denied the widely-held belief that its failure to broadcast the “We Love You” clip was because it was deemed unsuitable for its audience. True or not, the film was not widely seen upon release, but the song became a Top 10 UK hit.