She's known for her radical sense of style.

And Rose McGowan turned heads in her latest ensemble as she partied at London's celeb-favored hotspot Chiltern Firehouse on Wednesday night. 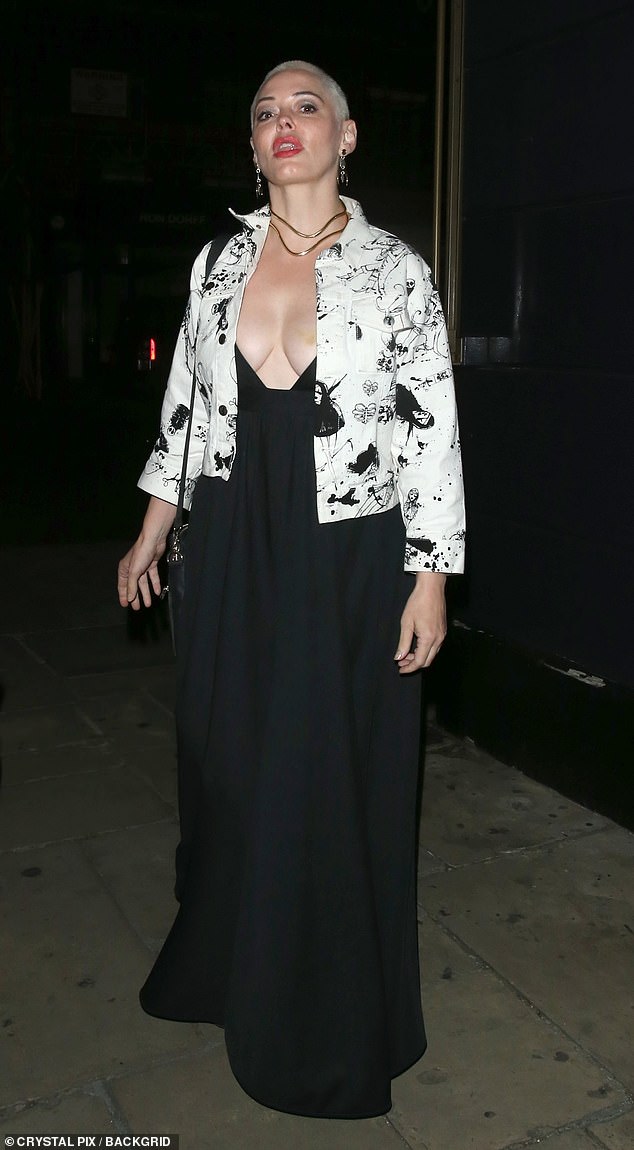 The Charmed star put on a racy display in a black maxi dress with a plunging neckline as she left the nightspot at 2am.

She accessorised with a gold statement necklace and drop earrings and added a splash of colour with her pink lippie.

The actress, who rose to fame as the character Paige Matthews in the supernatural drama Charmed, has since become a leading activist for LGBTQ rights and an outspoken critic of disgraced Hollywood mogul Harvey Weinstein.

In April, during an interview with journalist Sam Baker as part of Dublin's National Concert Hall's Words+Ideas series, Rose doubled down on her harsh view of Hollywood.

'Hollywood was a pile of sexist bull****,' she told the audience, according to the Irish Times.

She went on to talk about some of her experiences that supported her opinion.

The Irish Times reported that she spoke about a casting note she got for an audition for an Adam Sandler movie in which it was suggested she show up wearing a push-up bra and leggings.

She also recalled posing for a 2007 Rolling Stone cover wearing nothing but a belt of bullets.

At the end of the evening, McGowan, was given a standing ovation.

She told the audience, according to the Irish Times: 'It’s been a hard couple of years.... There were some times in the last year and a half that I didn’t feel like I was going to survive it, to tell you the truth. But I’m here and I’m with you and I’m happy.'

McGowan was one of the first women to publicly accuse disgraced movie mogul Harvey Weinstein of sexual misconduct when she alleged he raped her.