"Sometimes in an effort to cover something other things show up more," Salma Hayek quipped

Salma Hayek is keeping her cool about a recent red carpet mishap.

The House of Gucci actress, 55, looked back at a moment from this past weekend's 2022 BAFTA Awards, which took place Sunday, with a cheeky Instagram post Tuesday. 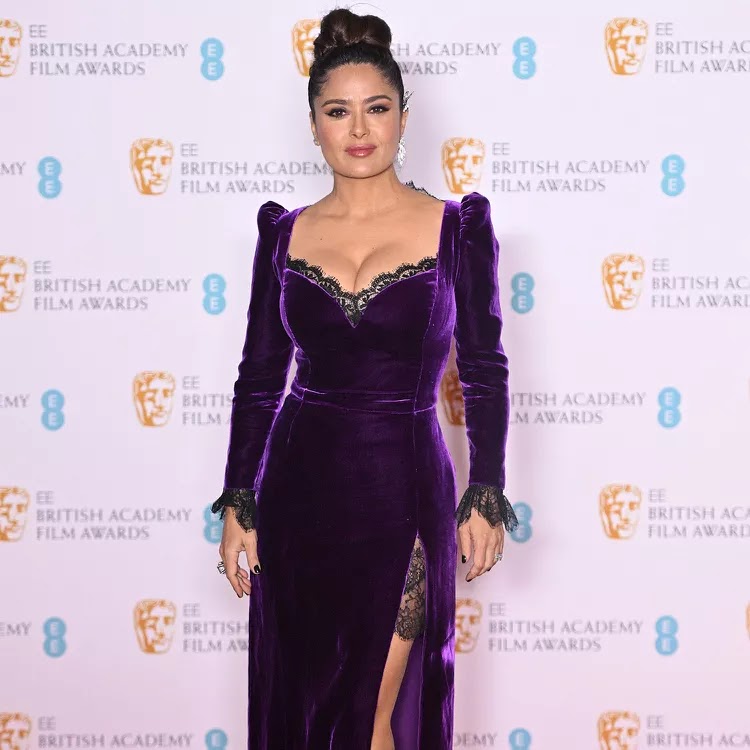 In a pair of side-by-side photos shared to her account, Hayek poses for photos on the red carpet in a stunning velvet Gucci gown with black lace details. The wind picks up the skirt of Hayek's dress in the first photo, revealing the black lace hidden underneath.

In the other photo posted in the pair, Hayek leans down to fix her skirt and adjust the slit, showing off more of the lace trim decorating the neckline of her dress — and more of her chest — in the process.

"Sometimes in an effort to cover something other things show up more," she joked in the caption of her post, tagging both the Gucci and BAFTA Instagram accounts.

Hayek's movie, House of Gucci, was nominated at this year's BAFTA's in the Outstanding British Film category, along with After Love, Ali & Ava, Boiling Point, Cyrano, Everybody's Talking About Jamie, Last Night in Soho, No Time to Die, Passing and Belfast, which won the award.

Hayek stars in House of Gucci as Pina Auriemma. The actress, who stars alongside Adam Driver, Lady Gaga, Jared Leto and Al Pacino, dished about filming a particularly challenging scene with Gaga, 35.

During an appearance on The Late Late Show in November 2021, Hayek told host James Corden about the "very dramatic" mud bath scene she filmed for the movie with Gaga, who stars as Patrizia Reggiani.

"Once you're in, you're naked – well not completely, we had something underneath but nothing on top – and the thing is that, in my head, I was going to sink," Hayek explained of the bath.

While she said Gaga had no trouble with the bath, slipping in "like an Egyptian queen," Hayek admitted the task was a bit more challenging for her.

"Me, with my extra kilos, I sit on the mud and I'm not sinking," she said, referring to the weight she gained for the role. "And I'm trying to pull the mud [away from] my huge butt to make some weight [shift]."

She added, "And then it starts moving me around and then there's the boobs going this," while gesturing with hands back and forth in front of her chest.

"I couldn't remember the lines," Hayek said. "One leg [was] up, and then I go sink in [to the bath]. It was horrific, [the] most challenging scene I've ever done."