The former White House press secretary made a brief appearance at the end of Colbert’s opening monologue for a bit that appeared to mock Spicer’s defense of Trump’s inauguration attendance. 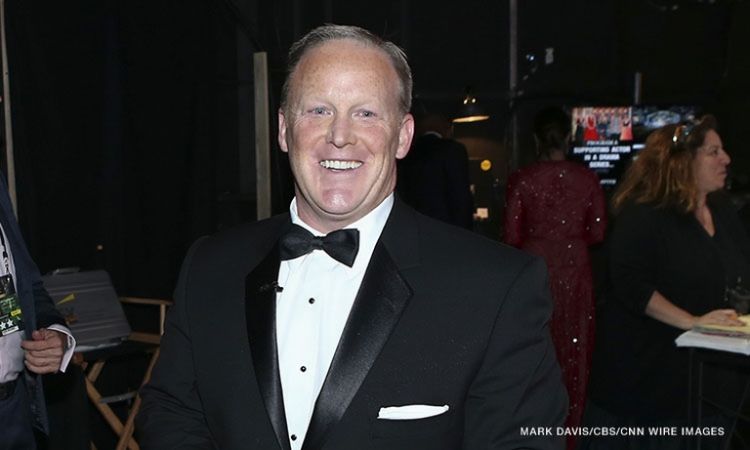 On stage, Colbert asked if someone could predict how large this year’s Emmy audience would be – Spicer’s cue to emerge from backstage.

“This will be the largest audience to witness the Emmys, period – both in person and around the world,” Spicer said from a podium.

Spicer battled with reporters back in January as he defended the size of the crowd that showed up to watch Trump’s inauguration. At the time, he said, “This was the largest audience to ever witness an inauguration, period,” despite photographic evidence to the contrary.

“Melissa McCarthy everybody. Give it up,” Colbert said, joking, as the camera panned to McCarthy, who famously impersonated Spicer on last season’s “Saturday Night Live.”