She's been making headlines in recent months, due to her blossoming romance with Kristen Stewart.

But Stella Maxwell, 27, set tongues wagging for a different reason on Monday, after narrowly avoiding a wardrobe malfunction at the Victoria's Secret after-party in Shanghai. 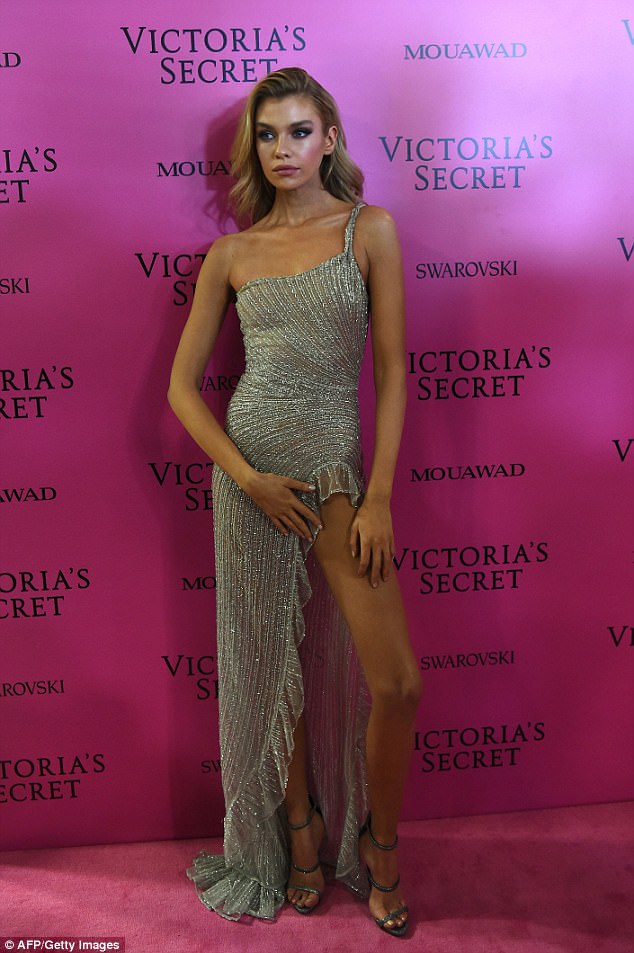 The statuesque blonde took a fashion risk in a sheer-nude figure-hugging gown, that featured a thigh-high split.

While posing for snaps on the pink carpet, the Kiwi beauty almost revealed more than she bargained for but the quick-thinking star used one hand to keep her dress in place.

Stella, who walked in the Victoria's Secret runway show for a fourth time on Monday, paired the glamorous look with silver open-toe stiletto heels which elongated her trim pins.

Her makeup was flawlessly applied and her blonde locks were styled in romance curls and cascaded over her shoulders.

This is not the first time that the Christchurch-born model has opted for a revealing look.

And just last week, she sent pulses racing when she flashed her derriere in a bright pink G-string in a snap shared to Instagram.

In 2015, she told Refinery29 that total body confidence is what makes a woman sexy.

'...Every woman, every shape, every size, everything's sexy,' she said,

'It's all about confidence and vibe, and enjoying your body and being comfortable in your body.'

Stella was first linked to Hollywood actress Kristen last year and they are often snapped enjoying low-key dates together.

Earlier this year, a report claimed the smitten pair had taken their relationship to the next level just months after they reportedly began dating.

'They have moved in together,' a source told Us Weekly.