Kim Kardashian ended her Halloween homage to music legends with a bang: dressing up as the late Tejano singer Selena Quintanilla. "My fave Selena!" the Keeping Up With the Kardashians star captioned the video she posted on Instagram. 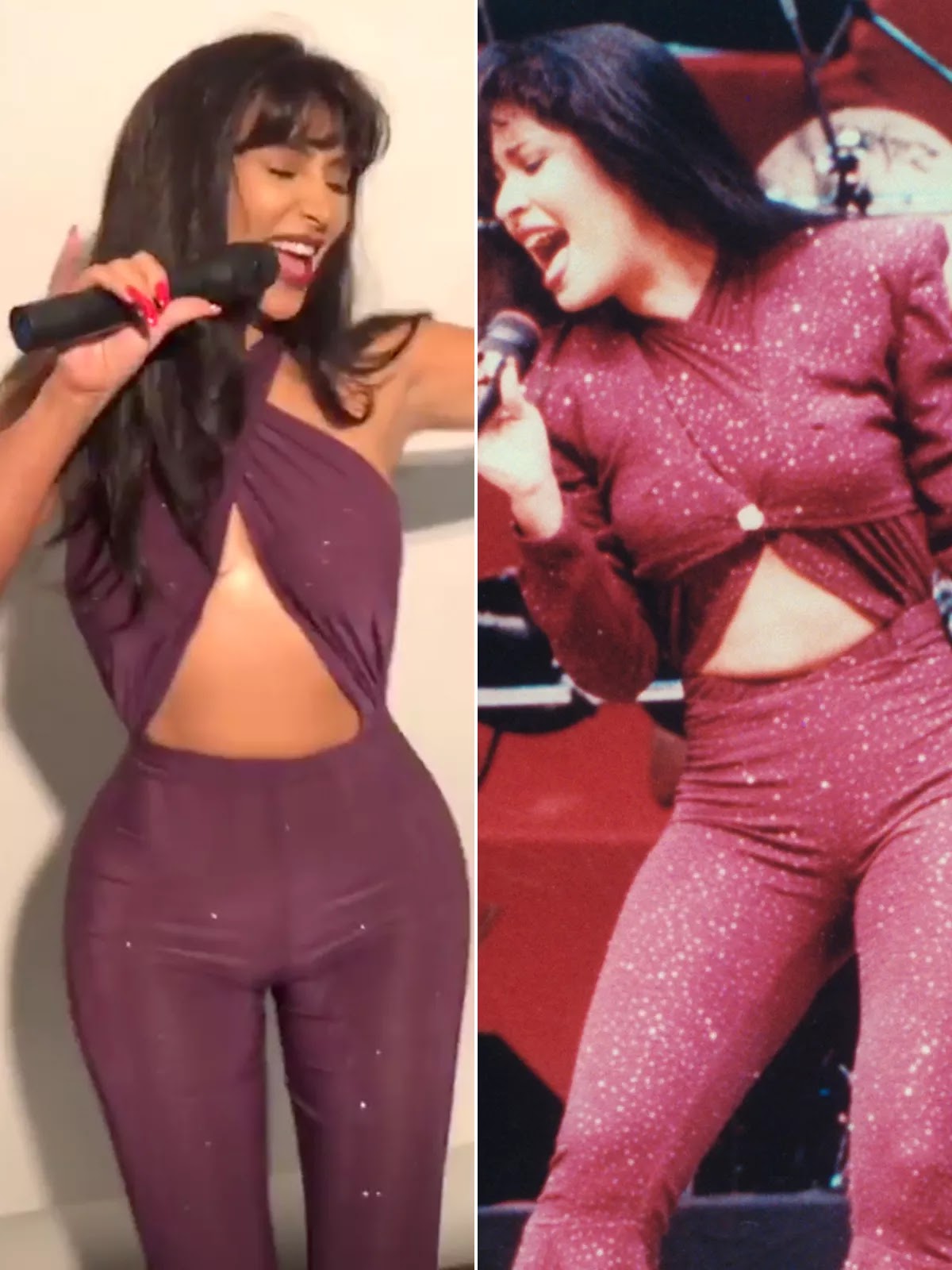 But it wasn't everyone's fave.

Over the weekend, Kardashian's costume choices provoked strong reactions — from praise to scorn — for dressing up as iconic women of color. First, she morphed into the beloved late R&B singer Aaliyah. Then, she donned a jumpsuit that matched the one Quintanilla wore for her last concert before being shot to death by the president of her fan club, Yolanda Saldívar, in 1995.

The reality TV star looked eerily like the Queen of Tex-Mex in a deep purple jumpsuit, billowy brown wig with bangs, dark red lipstick, and mic in hand. The internet lit up with passionate responses:

Love for the global superstar seems to have hit a fever pitch this year: Madame Tussauds in New York and Los Angeles recently unveiled wax sculptures of her; Google Doodle commemorated her life and legacy on the anniversary of her first studio album; and the Hollywood Chamber of Commerce is unveiling her star posthumously on the Walk of Fame come Nov. 3. The City of Los Angeles has also officially named Nov. 3 "Selena Day."